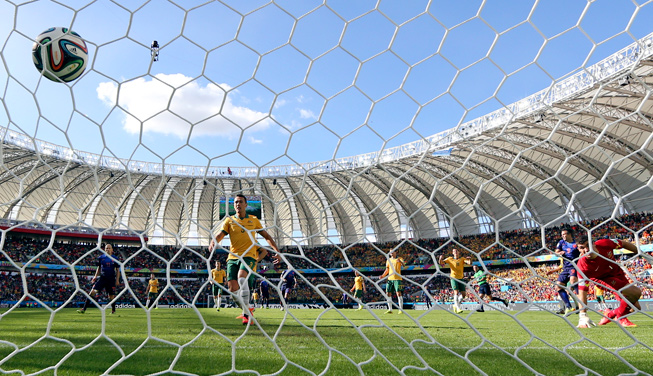 Match overview: Holland had never beaten Australia.  Tim Cahill (four goals, one assist) has  been involved in 56 per cent of Australia’s goals (9) in World Cup history. Holland are unbeaten in their last 11 World Cup group stage matches, winning eight and drawing three. Their last group stage defeat came back in 1994 versus Belgium.

Key moment: Tim Cahill’s stunning Van-Bastenesque volley, came seconds after Australia had fallen behind. It confirmed to the Dutch that Australia were not here simply to make up the numbers.

Man of the match: Arjen Robben. Statistically, the most effective player on the pitch, he continues to be Holland’s most potent attacking weapon. Took his goal well too.

Matter of fact: In just two matches, Holland have now scored as many goals (8) at this World Cup as Spain scored in total during when winning the competition in 2010.

Talking point: Holland were almost brought back down to earth with a bump in Porto Alegre. The early tournament bubble of optimism will have deflated after being pushed hard by Australia. That in itself may be no bad thing for Louis Van Gaal’s side. Realistic expectations resumed, the Dutch remain dangerous sleepers.