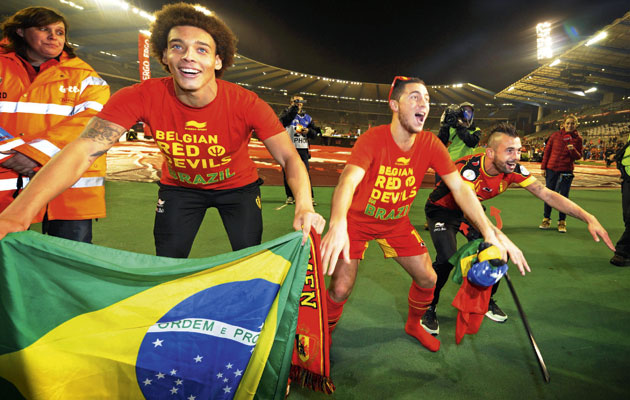 It had been 12 years since Belgium last qualified for a major tournament so –on October 11, 2013 – there was much rejoicing on a wet night in Zagreb, Croatia, as a Romelu Lukaku brace confirmed qualification.

Now that Marc Wilmots’ men are off to Brazil, the considered opinion is that they will qualify from Group H. After that, with Germany or Portugal likely to provide the opposition in the last 16, the hope is that Belgium could match anyone over 90 minutes.

The team conceded just four goals in 10 qualifying games, although that gives a somewhat incorrect picture as the defence is perhaps their weakest area. Undoubtedly, Thibaut Courtois is one of the finest keepers on the world stage, but there are question marks about all of the possible back four, with the exception of Vincent Kompany.

It’s in midfield – with Eden Hazard, Axel Witsel and Kevin Mirallas, to Dries Mertens, Kevin De Bruyne and Moussa Dembele – that coach Wilmots is spoiled for choice with
a number of combinations available.

Up front, Belgium have nearly always played with a lone striker, and Christian Benteke has been the preferred option. However, his recent injury has caused a headache for Wilmots as the introduction of Lukaku is not a like-for-like replacement.

In terms of support, the team is incredibly popular and all their recent matches have been sold out within hours. The media coverage will be close to 24/7 with all the major stations, from both sides of the language divide, broadcasting from Brazil.

Towards the end of last year, after Zagreb, there was a feeling that Belgium could reach the Final and maybe even win the tournament. Now, after three friendlies and no victories – against Colombia, Japan and Ivory Coast – hopes are more realistic.

The recent poor results in the post-qualifier friendlies have taken the heat off Wilmots and, with several players – notably, Marouane Fellaini, Thomas Vermaelen and Jan Vertonghen – underperforming in the “big” leagues, the coach is looking forward to regrouping before settling on his final 23.

But most importanly, after a long wait, Belgium are back on the biggest stage of all. 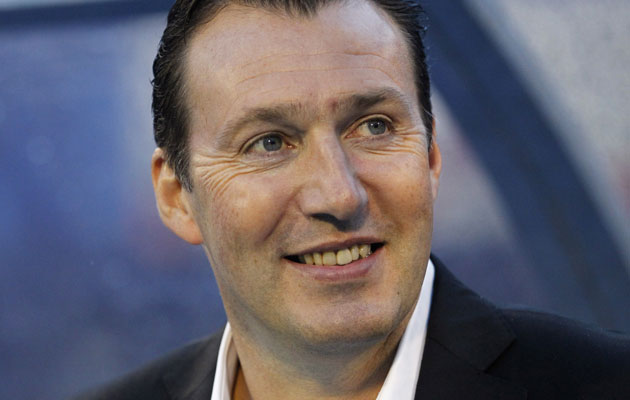 Became assistant to national coach Dick Advocaat in 2009 and remained as number two under Georges Leekens.

Past failures as coach

In 2004-05, he coached Sint-Truiden, the club where he had started his playing career in 1987. He was sacked after just six months.

Won the title with Mechelen in 1989. After five seasons with Standard Liege, he joined Schalke in 1996 and helped them to win the UEFA Cup in 1997, scoring the decisive penalty in a shoot-out with Internazionale.

He went to four World Cups as a player but did not play in 1990 and made just one appearance in 1994. Was ever-present in midfield in 1998 and had a goal disallowed in the 2002 quarter-final against Brazil.

Generally keeps the press on a tight rein, but this has not been a problem during his successful period in charge.

As Belgium have qualified, with a squad that plays in Europe’s major leagues, he can do no wrong.

He demands loyalty and discipline from his players and in return he’s loyal to those who have brought him success. Very much a hands-on coach and happiest out on the training pitch.

Vital Borkelmans was in the 1994 World Cup squad with Wilmots, while chief physio Lieven Maesschalck has worked with players from many nations.

Has signed for four more years, taking him beyond the Euros and up to 2018.