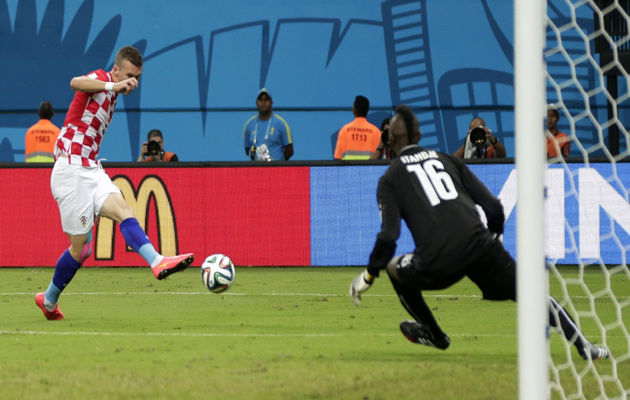 Key moment: The dismissal of Alex Song. Utter idiocy from the Barcelona man as he lashed out at Mario Mandzukic. Effectively ended the match as a contest.

Man of the match: Ivan Perisic. Outstanding all-round performance. Created the opening goal with a wonderful pass to Ivica Olic and then capitalised on a poor goal kick to score Croatia’s second.

Matter of fact: This was the first time Croatia have ever scored four goals in a World Cup match. Cameroon recorded their sixth successive defeat at the World Cup finals – the first team to do that since El Salvador between 1970-82.

Talking point: Croatia look a very well organised side. Luka Modric and Ivan Rakitic provide a superbly balanced midfield, while the return from suspension of Mario Mandzukic offers much needed firepower to Niko Kovac’s side.