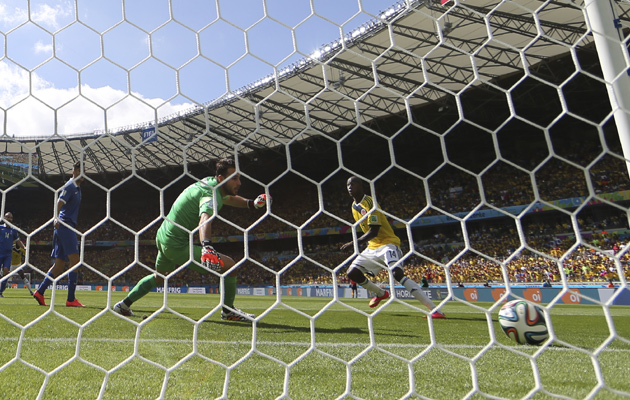 Key moment: Greece striker Theofanis Gekas endured a miserable, unrewarding afternoon in Belo Horizonte. The low point of a poor all-round display was a shocking miss from just five yards out midway through he second half. Moments later Gekas was put out of his misery and substituted.

Man of the match: Juan Guillermo Cuadrado. Set up two goals and was a constant menace down the right flank. The match was bookended by two mazy runs from the winger, both of which led to goals.

Matter of fact: Greece continued their sorry record of never having kept a clean sheet at a World Cup match.

Talking point: It’s early days but Greece look like they will struggle to get out of what is a competitive, but hardly intimidating group. Colombia, meanwhile, appear to have answered the question on everyone’s lips: how will they score goals without the injured Radamel Facao.