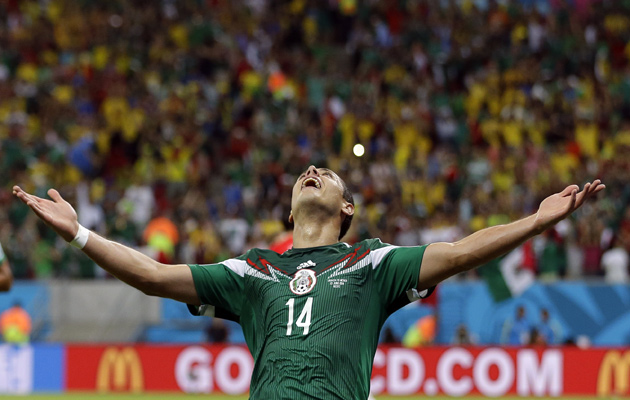 Key moment: Darijo Srna’s blatant handball. Many teams would have sulked at the referee’s failure to spot the infringement, but Mexico were galvanised and within minutes went ahead. It was a lead they never looked like squandering.

Man of the match: Rafael Marquez. Captaining the side for he fourth World Cup in a row. Scored one, assisted another and repelled anything Croatia threw at him. Remains a classy and reassuring presence at the heart of the Mexican defence.

Matter of fact: Mexico have made it through to the knockout stages for the 7th time in a row.

Talking point: Mexico, who scraped into the finals by the skin of their teeth, look a dynaic and well organised side. Coach Miguel Herrera, who only took over the national side 8 months ago, has fostered a fantastic team spirit within his largely home-based squad.