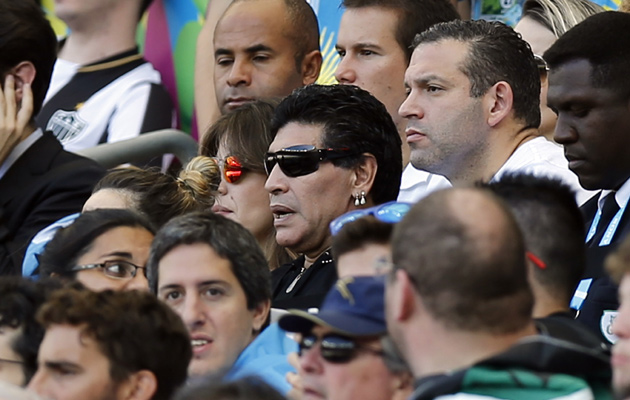 There’s no love lost between Maradona and the powerbrokers of the Argentine Football Association (AFA).

AFA president Diego Grondona stoked the fires of animosity by claiming the 1986 World Cup winner and former coach of the national team, was a jinx. Grondona was speaking in the wake of Lionel Messi’s late winner against Iran, a goal scored just after Maradona had left the stadium.

“The bad luck charm left the stadium and we won,” he said.

Maradona, never one to back down from a confrontation, especially when it involves a sworn enemy, responded in characteristically pugnacious fashion. He gave Grondona the finger.