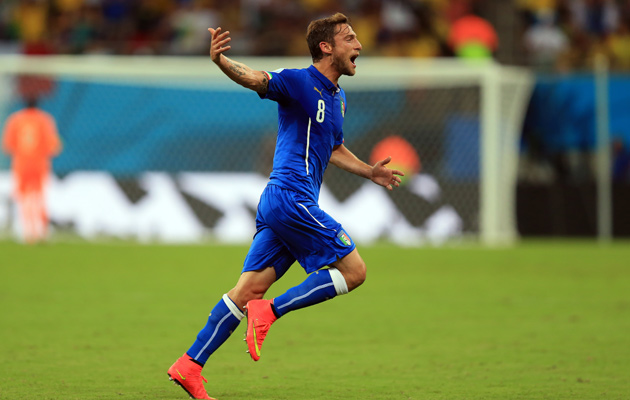 Match overview: England have won only 1 of 7 competitive matches versus Italy. That was a qualifier for the 1978 World Cup. England have lost fewer matches at World Cups than any of the 8 nations to have previously won the tournament. Italy are on 15 losses in their 17 tournaments. Italy have scored in each of their last 14 games at World Cups, the longest current run.

Key moment: Wayne Rooney has yet to score in a World Cup finals and he squandered England’s best chance of an equaliser when he snatched at an effort from 12 yards.

Man of the match: Antonio Candreva. Was a thorn in England’s left-hand side all evening. Pinned Leighton Baines back for much of the game and provided a wonderfully-flighted cross for the winner.

Matter of fact: England have lost their opening World Cup game for the first time since 1986. Andrea Pirlo completed 95% of his 108 attempted passes.

Talking point: As the game progressed, it became clear that England’s pacey counter-attacking style was unsuited to the energy sapping conditions of Manaus. Italy are past masters when it comes to retaining possession and in Pirlo, imperious once again, they have a player who made sure England kept chasing when their energy levels were depleted.