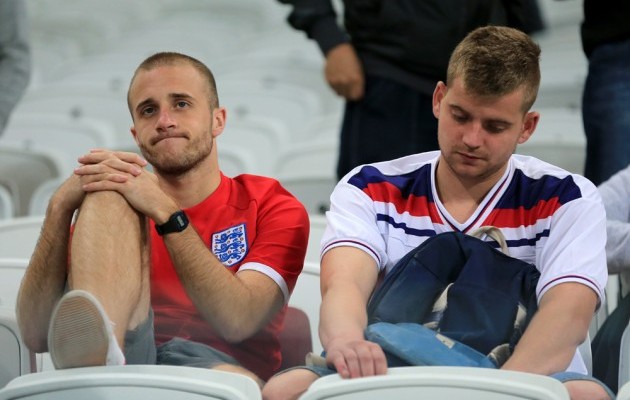 What of the World Cup and of England? First, while we remain in a state of mourning, let us try to get things into proportion. England in losing their two opening games were out of the competition even before they played lively and combative Costa Rica.

2-1 was the narrow margin in both matches. Not 5-1, which was the score whereby Holland thrashed and humiliated once triumphant Spain. In parenthesis, what has possessed the Spanish manager time and again to flog the dead horse of fielding Fernando Torres as a substitute, even while ignoring the surely far stronger claims of Alvaro Negredo?

It is as though Vicente Del Bosque is somehow bewitched by the idea of Torres, deluded by a belief, or is it hope, that he will return to being the incisive and effective striker he once was when Spain years back won that European title.

In parenthesis, it is odd to see Roy Hodgson being made the whipping boy for England’s allegedly disastrous World Cup failure. Statistically it does indeed look dismal that they should be on their way out of the tournament after only a couple of games. But look at the statistics again and we see that the two defeats were only by the odd goal of three.

Yet Spain were torn apart, utterly humiliated when they crashed 5-1 against Holland; and Chile comfortably beat them in the next game. And what of Portugal? Thumped by Germany, then breathlessly lucky at the very last gasp to force, if that be the word, a 2-2 draw against the unfancied USA?

I still believe that Hodgson at his peak should have been made England’s manager immediately after the 1994 World Cup finals in America, where he had so laudably taken a Swiss team which had substantially the better of Italy in the group stage. The loud cry has gone up for him to fall on his sword and certainly there were errors in England’s largely dull performance.

But it is futile for the likes of Tony Adams, once himself such a stalwart centre back, but so far a failure as manager, to deplore the fact that John Terry didn’t play, emphasising that Hodgson turned down the chance to approach him. This begs the question of how Terry would have responded, since he had made it known that he had no desire to appear for England again.

I still believe that the Football Association under the unimpressive David Bernstein (but Greg Dyke is hardly an improvement) was wrong to put him under disciplinary measures, after he had, however controversially, not been found guilty of abuse by the Westminster Magistrates Court.

Let us remember that, until not long before the FA punished him, the convention was that any verdict emitted by a court would exclude the possibility of the FA judging the case again. This is not an attempt to exonerate Terry or to excuse his behaviour on that fatal day at Shepherds Bush. Only to suggest that, in “trying” him again, Bernstein and the FA had acted controversially however legitimately.

Did Hodgson make the best of what he’d got? Probably not. It became all too clear that Steven Gerrard, for all his splendid past, is no longer a valid choice. Unable, inevitably at his age, to thunder up in attack as he once so forcefully did, yet vulnerable in his more defensive role. As those two costly blunders against Uruguay so plainly showed.

In hindsight it would have made much greater sense to have taken the experienced Ashley Cole rather than the virtually untried Shaw to Brazil, given the all too plain limitations shown by Baines in the opening game; when it might even have made sense to have sent on Cole as a substitute.

If Gerrard was past his meridian, it was hardly wise to include in the squad two other veterans, Frank Lampard who until the Costa Rica didn’t even get a game, and Ricky Lambert, absurdly and inexplicably sent on as so late a substitute against Uruguay.

Wayne Rooney? He was arguably especially against Uruguay one of the few England players to distinguish himself, but the problem of playing him so centrally with the more advanced Daniel Sturridge seems to me to remain. I continue to feel that Sturridge, with Rooney anywhere near him, simply isn’t the same player.

And not to bring Jack Wilshere on at all against Uruguay was surely mistaken. Yes, there is a certain physical fragility about him, yet who else in that England squad could truly pass a ball, “invent the game,” in the old Italian saying?

As for the centre backs, in the absence of Terry, you wonder what Hodgson could have done. Jagielka is all too clearly, despite that one supreme rescue act from Balotelli’s lob, by no means a player of international stature, while Cahill as we have seen against Scotland Chile at Wembley is subject to error, and far from the confident and dominant figure England needed in Brazil yet who else?

But the $64,000 dollar question now is, if not Hodgson, who? Another foreign coach? The Eriksson and Capello experiences were hardly encouraging. An English manager? Hard to say who. Hodgson grooming Gary Neville for the future, dropping out when Neville seemed ready for the job? Perhaps.

But again, let us not exaggerate. England disappointed; unlike Spain, they were not humiliated.