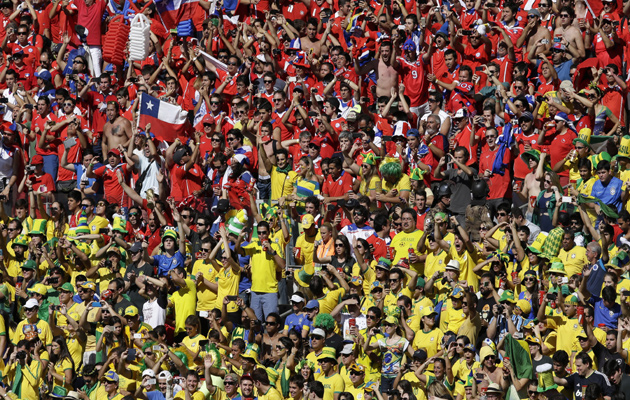 Match Services has accused police of failing to understand the hospitality industry, undertaking an inadequate investigation and leaking selectively to the media in a manner prejudicial to common principles of justice.

Raids last week on properties in Rio and Sao Paulo led to the arrests of 11 men suspected of involvement in a multi-million-pound ticketing scam involving the last four World Cups. Later police also detained briefly Ray Whelan, the executive consultant of Match Services which is contracted to FIFA to organise ticketing and accommodation needs.

In a lengthy statement about the police action, labelled Operacao Jules Rimet, Match described Whelan’s arrest as “arbitrary and illegal.”

It also accused the Rio police of illegal acts in leaking “fragments of Ray’s wiretapped private conversations to the press” and of “making assumptions without a proper investigation and with minimal understanding of how the ticket and hospitality package selling system really works.”

Match went on further to criticise the police for misrepresenting “the relevance of their findings.”

Whelan would “voluntarily relinquish his accreditation for the World Cup” while not accepting any claims of wrongdoing and remaining “fully cooperative for further investigations which he is certain will exonerate him.”

Police had reporting seized from Whelan’s room at the Copacabana Palace Hotel 83 hospitality packages and tickets, a laptop, two mobile phones and $1,300 in cash.

Match “surmises that these 83 tickets are for past matches, retained as memorabilia from the event, or for future matches or personal use by the senior management of Match companies, shareholders and board members as well as members of their families and friends.”

It insisted that all conversations with Mahmadou Fofana – one of the 11 original arrests – concerned bona fide hospitality packages whose prices were fully approved by FIFA.

Match Hospitality had been allocated 445,500 of the 3million-plus 2014 World Cup tickets made available. Any unsold corporate hospitality tickets are meant to be returned to FIFA to make available to the public. Reselling World Cup tickets for profit is both against FIFA rules and illegal in Brazil.

Match Hospitality and Match Services are two subsidiaries of the Cheadle, Cheshire-based Byrom Group, set up by two Mexican brothers and closely involved with FIFA since the 1986 World Cup.

Philippe Blatter, nephew of FIFA president Sepp Blatter, is chief executive of sports marketing company Infront, another FIFA commercial partner and which also has a shareholding in Match Hospitality. Infront has said it holds only five per cent of shares and Philippe Blatter had no operational involvement or personal stake in the company Match.