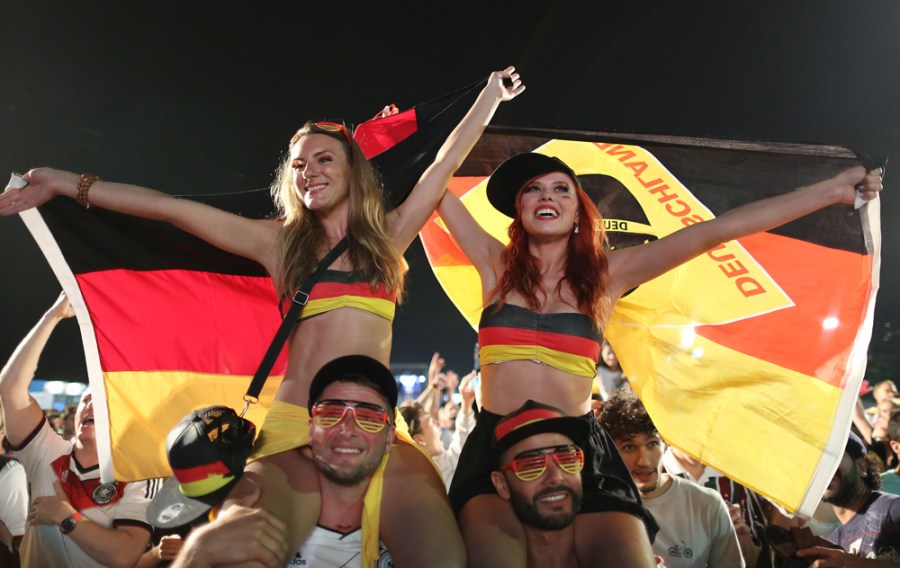 This is the 26th meeting between the sides. France have won 11 times, Germany eight and there have been six draws.

They have met three times before at the World Cup. France won the first encounter 6-3 in the third-place play-off in 1958. The two sides drew 3-3 at the semi-final stage in 1982 before West Germany won a penalty shootout 5-4. Four years later, West Germany won another semi-final 2-0.

The most memorable of these encounters was the 1982 match. It was also one of the all-time classic World Cup matches.

Harald Schumacher’s reckless assault on Patrick Battiston, which went unpunished, has never been forgotten by France, with their defender left concussed and fortunate to escape serious injury. France threw away a 3-1 lead in extra-time and were eventually defeated in a penalty shootout.

Indeed, it is now 56 years since France last beat Germany in a World Cup contest.

They have topped their group and defeated Nigeria to make it this far and goalkeeper Hugo Lloris says the current team are approaching each passing fixture with ‘sheer enjoyment’.

He said: “We are not afraid of anything – we know full well that in one match just about anything is possible including for this to be our last one in the World Cup.

“But there is no fear, it’s a real pleasure, a sheer joy to play Germany. We want to win this match for our friends, our families, for France!

“There is a long history between both nations but as far as we are concerned we live for the present moment, we want to write our own history.”

Coach Didier Deschamps admitted that he was concerned about the relative inexperience of his side.

“We have played a very good World Cup and we will have a major opponent in Germany who is used to these situations,” he said.

“They always seem to get to the quarter-finals, semi-finals or final so are more experienced.

“Our strong points are that our players are very competitive and some play for major European clubs at a top level so we have had to make them more united.

“The fact that you are in the French team means you have duties and responsibilities and the spirit has been very high since the beginning of our preparation period.

“There is no pressure on the players, history is what has been and gone and tomorrow we will maybe write a new page in history.”

Deschamps has defender Mamadou Sakho fit again and that means Arsenal’s Laurent Koscielny loses his place in the starting line-up.

Olivier Giroud also starts on the bench after his partnership with Karim Benzema failed to gel against Nigeria. Antoine Griezmann comes in for the Arsenal man.

Germany coach Joachim Low has seen his preparations undermined by a flu bug within his squad, but has sought to play down the impact it will have on his side’s preparations.

The Germans believe being exposed to air conditioning for long periods of time, plus the different climates they have been exposed to, have not helped.

But Low said: “It’s not all that bad at the moment. I don’t want to dramatise it.”

Indeed, looking at Germany’s tournament record, one can see why Low is not unduly concerned.

Germany are contesting a quarter-final for the ninth straight World Cup, and they have reached the semi-finals at the last three World Cups.

Low has opted for a back-to-basics line-up with Philipp Lahm moving back to full-back and Miroslav Klose, the World Cup’s all-time joint leading scorer, starting in place of Mario Gotze. Per Mertesacker, after a shaky performance against Algeria is dropped, and in come Mats Hummels and Sami Khedira.