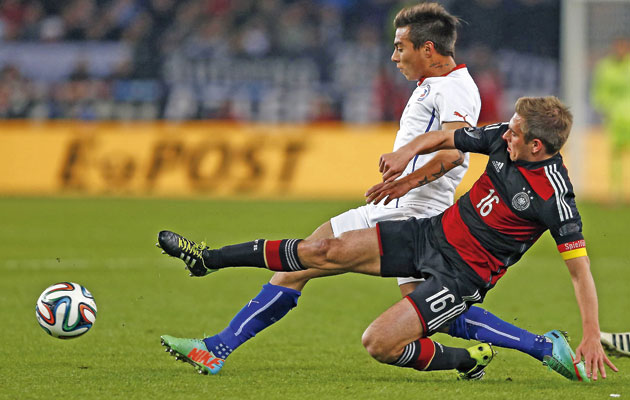 Ready Like Never Before”. The slogan dreamt up by the ad men for the German World Cup 2014 marketing campaign should resonate across the nation.

In a survey conducted by the country’s leading sports magazine, Kicker, 86 per cent of respondents were confident of Joachim Low’s team making at least the semi-finals, and there are all manner of pegs on which to hang such optimism – not least the DFB’s attention to tournament detail, even to the point of building their own training camp in Brazil. Then there is the national side’s excellent recent record in international competitions: semi-finalists in
the 2006 and 2010 World Cups, plus silver medallists at Euro 2008.

A progressive thinker, motivator and tactician, Low is one of the most accomplished coaches in Europe and, in terms of individual class, Germany are seriously overmanned. Not only can they boast the brilliance of full-back or midfielder Philipp Lahm, engine-room regulator supreme Bastian Schweinsteiger and goalkeeper Manuel Neuer, but they also have a clutch of young-gun creators and sharpshooters – notably Thomas Muller, Mario Gotze, Toni Kroos, Marco Reus, Andre Schurrle and Mesut Ozil.

It’s no act of blind faith to depict the “Class of 2014” as the most talented group to represent the country since Beckenbauer, Muller, Maier, Breitner and Overath ruled the roost at the 1974 World Cup finals. But as Low knows only too well, there are still some areas that need his attention.

From time to time – and perfectly illustrated in the qualifying campaign by the 4-4 draw at home to Sweden and the 5-3 away win against the same opposition – Germany’s back line can be a concentration free-zone. Added to that, their set-piece work is hit or miss, number one striker Miroslav Klose is creaking somewhat at the grand old age of 36, and far too many key players are either out of form, short of match practice or injured.

Playmaker Ozil has been on the sidelines recently with a hamstring complaint, centre-back Mats Hummels has struggled with a foot injury, Schweinsteiger was out for three months after ankle surgery and midfielder Sami Khedira faces a race to be fit after damaging knee ligaments.

In Brazil’s taxing climatic conditions, Low will need everyone to be fit, firing and focused. Certain German pundits never tire of describing Low and company as big-game chokers. A touch more defensive steel and the naysayers could be running for the hills. 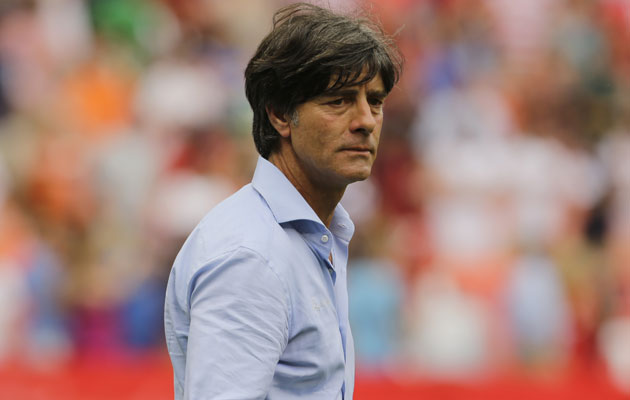 After two years as Jurgen Klinsmann’s assistant he was promoted to the hot seat when his boss walked away at the end of the 2006 World Cup.

Countless near-misses with Germany: silver at Euro 2008 and third place at the 2006 and 2010 World Cups. Led Stuttgart to the German Cup in 1997 and the Final of the Cup-winners Cup.

Germany’s 2-1 loss to Italy in the Euro 2012 semi-final was supposed to be the game his side could not lose.

Won four caps as a striker for West Germany under-21s.

Lauded for his strategic sense of adventure at the last two tournaments.

Increasingly strained. Critics point to tactical and selection failures in the Euro 2012 semi-final and the defensive shambles in a 4-4 draw with Sweden in the World Cup 2014 qualifiers.

Some 52 per cent of respondents in a recent poll rated his work as either good or very good – only a fifth felt he would have to go if Germany did not make the quarter-finals.

Relaxed, cerebral and inclusive, with emphasis on the collective and the psychological. Highly principled, he would not dream of playing ugly, though he can be ruthless if required.

Has a contract until 2016 but may go if Germany fail to triumph.