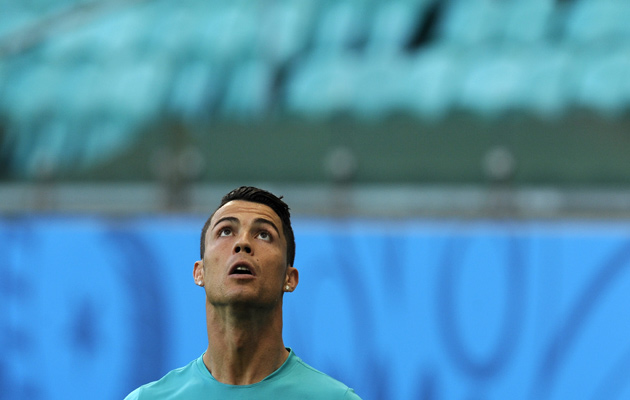 Low first went with a 4-2-3-1 system  in the Euro 2008 quarter-final win over Portugal and ever since it has been his gold standard – a model based on  a collective pressing game, care  in possession, quick-fire passing and blink-of-an-eye changes of tempo, particularly when breaking forward from entrenchments deep in their own half.

Compared to West Germany sides of  the 1980s, the current team is much more inclined to the spectacular and adventurous, always ready to chance its arm, even at the risk of leaving the back door ajar.

There are, however, weaknesses. The lone striker can be easily crowded out, and if the wide attacking midfielders, normally Marco Reus and Thomas Muller, fail to track back, disaster awaits. Reus misses the tournament through injury, but the drawback with the system remains the same. Against weaker sides, six defensively minded players – four defenders plus midfielders Bastian Schweinsteiger and Toni Kroos – is a clear case of over manning and unnecessarily relinquishing the initiative. So in an attempt to give the system more verve and flexibility, Low has regularly – eight times in the last two seasons – opted to forego the traditional centre-forward in favour of a fashionable “false nine”.

He has any number of individuals to play the hybrid role: Mario Gotze,  Muller  or Andre Schurrle. The line leader in  this instance might not be a dead-eye goalpoacher or aerially powerful target man, such as Miroslav Klose, but the rationale is for the constantly interchanging front four to sweep the confused and disorientated opposition defence off their feet.

The form of Mesut Ozil has dipped during his first season at Arsenal, prompting much debate in Germany about his usefulness, but Low is still likely to start him as playmaker.

Philipp Lahm has proved a revelation in the defensive midfield role for Guardiola’s Bayern Munich this season but is likely to start in the more familiar role at right-back.

Low’s Plan B is a 4-1-4-1 formation, which will probably be unleashed when Germany are chasing the game or playing the flat-track bully. It’s a template with twin playmakers – perm any two from Ozil, Kroos and Gotze – while the anchor man will either be Schweinsteiger, Sami Khedira (if fit) or Lahm, with Kevin Grosskreutz coming  in at right-back.

After taking up the reins of the national team in 2010, Paulo Bento said he  would be imprinting what he sees as  the nation’s football DNA, a 4-3-3 formation – and has been as good  as his word. Second guessing the coach’s first-choice starting XI became the easiest job in football journalism before, during and after Euro 2012, with the exact same line-up selected in eight out of nine competitive games.

The system has proved fruitful on the whole, especially against stronger opposition with a lethal counter-attacking game plan working to perfection in two successive play-offs to reach the last two tournaments, and against Holland and to an extent against Spain at Euro 2012, for instance. The problem comes against theoretically weaker teams who set up defensively, as shown  by the draws during World Cup qualifiers against Israel (twice) and Northern Ireland.

Criticised for his tactical inflexibility, Bento has been loathe to experiment other systems, although a 4-4-2 alternative has made the odd appearance, usually for small segments of games. Given Portugal’s dearth of strikers, this has involved moving Cristiano Ronaldo into a central striking role. But, just like at Real, he is likely to be given a licence to roam, depending on the state of the game. Much of the build-up to this match has been overshadowed by the fitness of Ronaldo, but the current World Player of the Year appears to have have shaken off the variety of knocks (knee, thigh)that have plagued him in the closing weeks of the 2013-14 season.

With the emergence of William Carvalho and the eligibility of Brazilian-born Fernando, some pundits have called for  a 4-2-3-1 to accommodate the two high- class holding midfielders – although Raul Meireles might have something to say about that. The most plausible chance of seeing that system in operation would be in the opening game against highly-rated Germany.

Nevertheless, the smart money is on Bento rolling out his tried and trusted 4-3-3 throughout World Cup 2014.