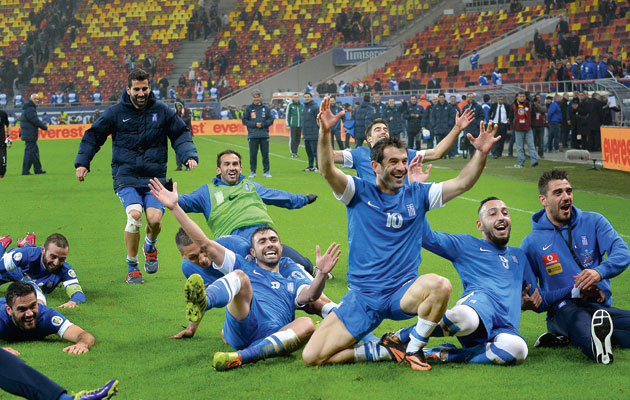 Winless and goalless in 1994, and with only one victory in 2010, playing in the World Cup finals has given Greece fans little to get excited about. But Fernando Santos’ side head for Brazil boasting more maturity and with signs of optimism that they will be able to get beyond the group stage.

The key to success this summer will be carrying on the momentum they achieved in the qualifying phase.

A lethargic performance and a 2-0 loss at home to South Korea, in a friendly in March, certainly had coach Santos worried, even though he was trying out some new players in an experimental line-up. And an injury to his key player in the qualification, Fulham striker Kostas Mitroglou, doesn’t exactly help matters. But despite these problems, the belief is
that Greece have a chance of advancing from a group containing Colombia, Ivory
Coast and Japan.

The opening match, against Colombia in Belo Horizonte, should be the key to what to expect the rest of the way.

“It is a very open group,” says Santos. “It is a perfectly balanced group where anything can happen. You might say that Colombia has a 55 per cent slight edge over the rest, with the other teams at 45 per cent – but what is important now is to analyse and study as best we can our opponents, to be ready in Brazil and give 100 per cent of our strength.”

Team captain Giorgos Karagounis is equally upbeat, adding: “The players will be ready, focused and determined when the time comes to play in the World Cup.

“For this, there will be no doubt. We will have all the elements needed to represent Greece as befits the modern history of the Greek team. We want to advance to the next stage of the tournament for the first time in our history and we will try to achieve our goal with all our might.”

Greece continue to be a team that does not concede goals easily – a habit left over from German coach Otto Rehhagel’s reign – while Santos has installed a more attacking edge which has taken some of the pressure off his often hard-pressed defenders.

It’s 10 years since Greece pulled off a major upset by winning Euro 2004, but they have now achieved a regular top-15 FIFA world ranking.

“Our obligation is to dedicate ourselves 100 per cent and stick to the fundamentals of our team,” states the upbeat Santos. “To have passion, organisation, a clear mind and always play to win.” 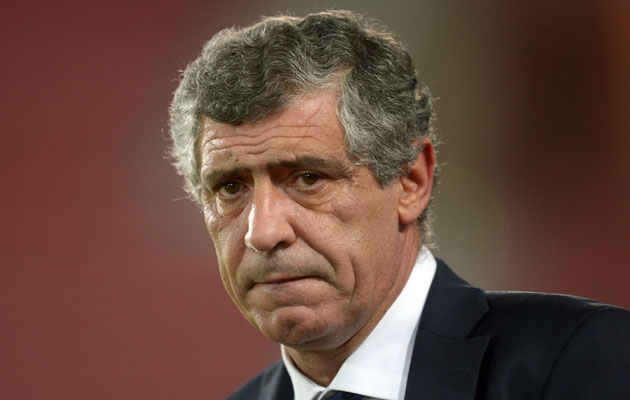 Well known in Greece – having coached AEK, Panathinaikos and PAOK – he was considered the best replacement for German coach Otto Rehhagel, the legendary figure who guided Greece to their shock success at Euro 2004.

Lasted just four games in charge of Panathinaikos in 2002 and was sacked after losing three times.

His career ended at the age of 21, in 1975, after having played for Maritimo and Estoril.

Exceptionally good. Hardly ever is he criticised for his actions either on or off the pitch.

Excellent. Has always said that he feels like a Greek.

Players have said he is easy-going and a master of tactics. Can show signs of anger at times if a player makes a costly mistake, but he is very understanding of the Greek players’ volatile mentality.

Will be leaving this summer when his contract expires, regardless of how the team performs in Brazil. Has said he wants to coach a club team, without mentioning which team.