As for Rooney and Cavani, perhaps surprisingly, from a statistical perspective, it is the England man who enjoyed the better season.

There continues to be pressure on the Manchester United forward, but looking at his figures and also at the alternatives to him within the England team, then it is hard to see why his place should be under so much scrutiny.

Gabriele Marcotti nails it with this piece on Rooney, whom he acknowledges may not be quite the player he once was, but who remains superior to any of the suggested alternatives. 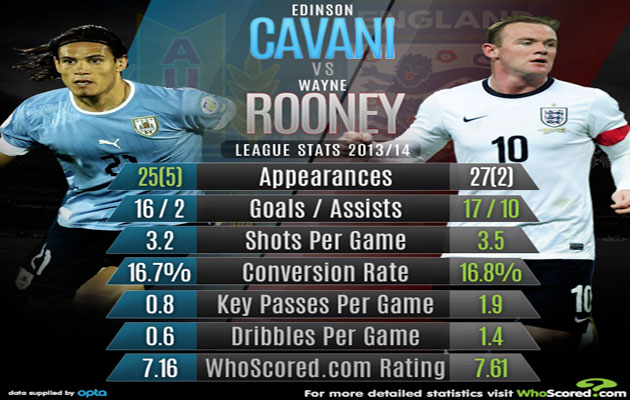 Ross Barkley: does he have the bottle for England?