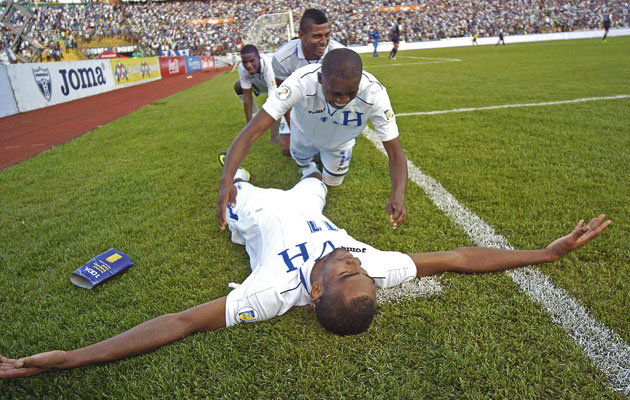 At the beginning of the qualifiers nobody expected Honduras to book one of CONCACAF’s three direct tickets to Brazil 2014. The golden generation of Suazo, Pavon and Guevara had retired and the new blood didn’t seem to be talented enough to fight against the region’s heavyweights. If anything, the Honduran fans expected to compete with Panama for the play-off spot and then sneak their way in to the World Cup finals.

In the end, great teamwork, spirit and an historic win at the Estadio Azteca against Mexico to shock the region saw Luis Fernando Suarez’s side take third place behind the USA and Costa Rica. Against all odds, qualification for a second consecutive World Cup for the first time in their history prompted big celebrations all over the country.

This, however, tells only part of the story. The team was very inconsistent in the qualifiers and the main issues still prevail. Suarez doesn’t appear to have enough individual talent at his disposal for his team to compete at the maximum level. Despite being in one of the easier groups in Brazil, Honduras will probably need another historic performance to gain a point, let alone a victory.

The core of the squad is made up of players plying their trade in Britain, but they have all taken a step backwards since 2010. Maynor Figueroa and Wilson Palacios are still head and shoulders above their team-mates, but their careers in England seem to have stalled, while Roger Espinoza and Juan Carlos Garcia are still waiting for theirs to take off. Only Celtic’s Emilio Izaguirre seems to be on an ascendant path.

And no one is getting any younger. Of the team that booked their tickets to Brazil, only Andy Najar and Luis Garrido will be younger than 28 when the tournament starts, so they might struggle against quicker teams.

However, this doesn’t necessarily mean that “La Bicolor” will be pushovers in June. Honduras are renowned for always providing tough opposition and the players regurlarly punch above their weight when they don the national shirt. The team also seems to be united and coach Suarez is a master motivator. Don’t forget that in South Africa 2010, despite the squad having serious internal troubles, they only lost 1-0 and 2-0 to Chile and Spain respectively, and were considered unlucky to get only one point from a heavily fancied Switzerland side. 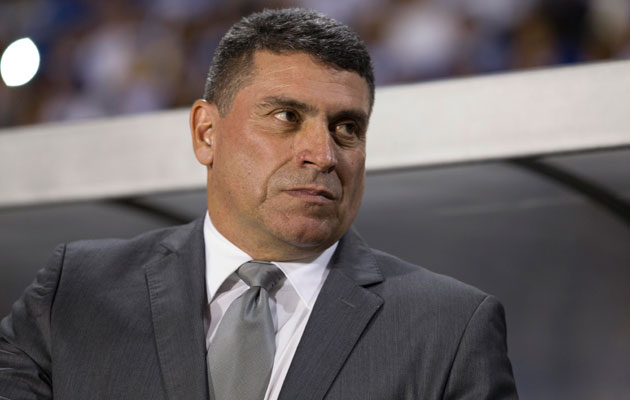 Appointed after the team had been without a coach for several months. He had never worked in the country before but had a good reputation after leading Ecuador to the round of 16 in 2006.

Took Ecuador to the knockout stage
of the 2006 World Cup. Won the Colombian league with Atletico Nacional in 1999.

Sacked by Ecuador after losing the first three qualifiers for South Africa 2010, scoring just one goal and conceding 11.

A Colombian international, he won the Libertadores Cup with Atletico Nacional in 1989.

Coached Ecuador at the 2006 finals.

After a very rocky start that extended well into the final qualifying round, he won the media over by beating Mexico and securing a finals place one month later after drawing in Jamaica. Now the relationship is very good.

Cuts an affable figure and is well liked by the fans, although when the results were not that good the perception of him was that he let the players get their way too much.

Better known for his motivational abilities than his tactical acumen, he’s usually very well liked by his players. Inspires his team with speeches that go from psychology to metaphysics.

No one of note.

The Honduran FA want him to stay and he has stated that he would like to, but everything will be decided after the World Cup is over.