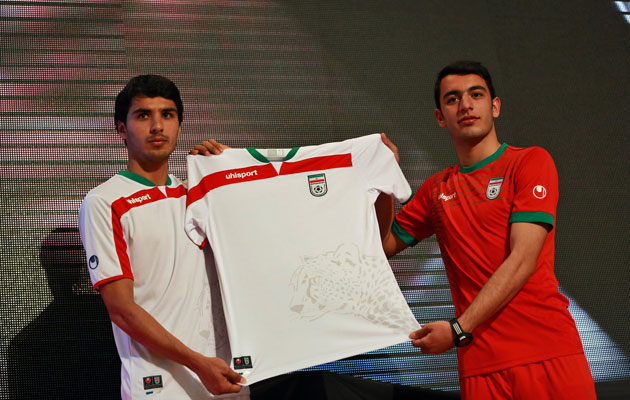 Iran’s footballers at the World Cup have been told not to swap shirts with opponents at the tournament – for fear of running out of supplies.

“We are not giving the players a shirt for every game, the players have to be economical with the shirts,” Iranian football federation FFI president Ali Kafaschian told Fars news agency.

The practice of swapping shirts after major games and events is common practice in football and for Iranian players who rarely encounter European or South American opposition, an opponent’s shirt would have a memorable souvenir to take back from Brazil.

As Iran face Argentina and Lionel Messi in their second group match, it is hard to imagine the players not ignoring the ruling from the FFI president.

When one remembers that Iran stands to earn a minimum of $8 million from the tournament, the decision to stop players exchanging jerseys with a retail value of approximately $50, seems churlish in the extreme.

The Iran federation has, meanwhile, been trying to address complaints from players and coaches about the quality of the kit supplied.

The new shirts are made by the small German football manufacture Uhlsport, who have been the official shirt supplier for the Iranian National Football team since 2012.

However, the players appear to be recipients of a rogue batch.

Reserve keeper Ali-Resa Haghighi has been quoted as saying his tracksuit in size XL shrank to medium after the first wash – but the federation president claims he washed it at the wrong water temperature. Haghighi, clearly, is a man who does not normally do his own laundry.

In the event of an unlikely run to the final, the quality of these shirts really will be put to the test.

Iran play in Group F against Nigeria, Argentina and Bosnia-Herzegovina.