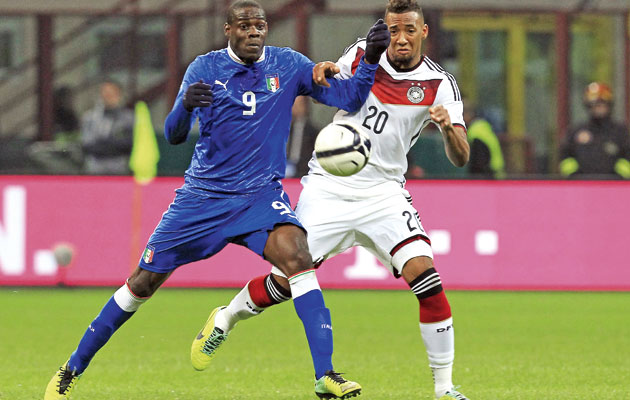 With a squad containing the quality of Gianluigi Buffon, Andrea Pirlo and Mario Balotelli, the intelligence of coach Cesare Prandelli, an excellent record in finals tournaments and the team’s fine showing in last summer’s Confederations Cup, things are looking good for the “Azzurri” in Brazil.

Pay no attention to the fact that Italy went five games without a win between last September and May. The reality is that their last win – a 2-1 victory over the Czech Republic – saw them reach the finals with two qualifiers still to play. In other words, Italy have been playing “friendlies” since September – and as we all know, Italy simply do not “do” friendlies.

In contrast, they certainly do “do” finals tournaments. Since 1982, the four-times World Cup winners have reached five Finals and two semi-finals in 12 World Cup or European Championship tournaments. History also tells us that, when the pressure is on, Italy often overachieve.

In reality, Italy will probably have to overachieve again if they are to reach the semi-finals. Prandelli often says that his side holds its own with the strongest teams in the world thanks to its mental and physical preparation and its tactical discipline. On paper, opponents such as Argentina, Brazil, Germany and Spain all seem to have stronger and more talented squads than Italy – but they will underestimate the “Azzurri” at their peril.

If it is true that Italy perform best in moments of difficulty – Spain in 1982 and Germany 2006 being prime examples – then they should perform well in Brazil, after a year in which not a single Italian club made it to the Champions League quarter-finals.

It may also help that expectations back home are very mixed. A recent opinion poll in daily newspaper Corriere Della Sera recorded that the largest group of fans, 29.4 per cent, believe Italy will not get out of the group phase. However, the next highest group, 19.9 per cent, believe that their team will actually win the World Cup.

As always, much will depend on the form of a handful of key players. Will the strain of a tiring tournament finally catch up on 36-year-old captain Buffon or 35-year-old playmaker Pirlo? And will the mercurial Balotelli manage to keep his cool?

However, if the three of them perform to their best, then so too do Italy. 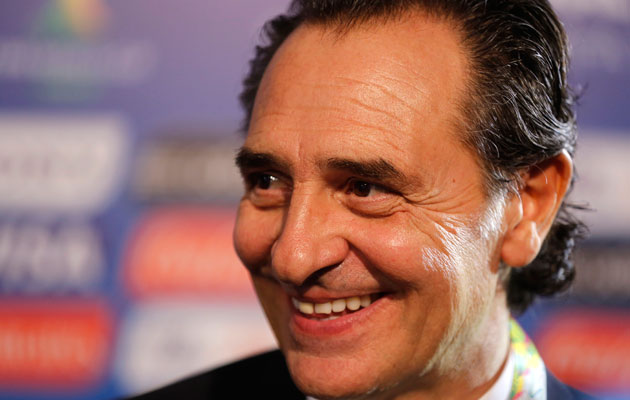 Took over from Marcello Lippi immediately after Italy’s miserable first-round elimination at the 2010 World Cup in South Africa.

A successful youth-team coach at Atalanta, he established himself with Parma and then Fiorentina, where he built a competitive team which finished fourth in Serie A three times.

Resigned from relegation-bound Serie A side Lecce in February 1998 after only 18 games in charge.

Was a useful performer at Juventus, even if his main role was as a second-half substitute.

Good. He is simply too smart, too courteous and too worldly wise to make needless enemies.

Hugely popular. Gestures such as taking the national team to Calabria to train on a pitch built on land sequestered from the mafia, and his repudiation of homophobia, have enhanced his public standing. He also gained much sympathy when he resigned as Roma coach in 2004 to look after his terminally ill wife, Manuela.

Much more a man manager than a howling sergeant. It is no coincidence that Balotelli has played easily his best football – the Euro 2012 semi-final win against Germany, for example – under Prandelli.

Former Parma midfielder Gabriele Pin has served as his assistant with Parma, Fiorentina and now Italy.

Has agreed to stay on until the 2016 European Championship in France.