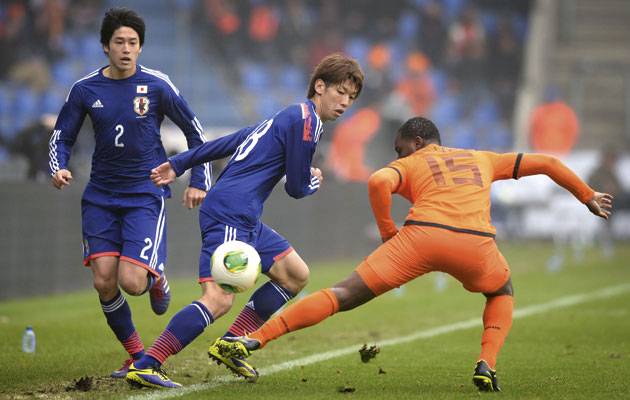 Japan, like their fellow Asian qualifiers, know that while it is one thing to reach the World Cup finals, it is another matter entirely to do well once there. And while Alberto Zaccheroni’s side will be looking to at least equal their round-of-16 finish last time out, the coach knows that the team’s defensive frailties need to be addressed.

During his first unbeaten year in charge, Zaccheroni could do no wrong, and a 2-2 draw away to Holland and 3-2 win in Belgium last November confirmed that there is plenty to get excited about with his team. On the attack, the side has produced both goals and spectacles, most impressively the narrow 4-3 loss to Italy in the Confederations Cup. However, the defensive problems have been there for all to see and were exposed during a shaky 4-2 win over New Zealand in a friendly in March.

The previous national coach, Takeshi Okada, faced similar issues in 2010 and he resolved them at the last minute by bringing in an extra holding midfielder. And while Zaccheroni may also have a surprise up his sleeve, the mood in the country remains cautiously optimistic, with fans not quite sure what to expect this time.

Colombia are the standout team in the group and Japan generally struggle against the big teams from the Americas. They lost 3-0 to Brazil and 2-1 to Mexico at the Confederations Cup, and 4-2 to Uruguay in a friendly in August. However, their record against African countries is better, not least a victory over Cameroon in the opening game of the 2010 finals and a 3-1 win over Ghana last September. And as proved against Italy, Holland and Belgium, European opposition holds no special fear for Japan, so they will be hoping for good results against Ivory Coast and Greece.

With much of his squad playing their club football in Europe, Zaccheroni selected Florida for the pre-World Cup training camp to acclimatise his squad to the heat and humidity. Then it’s off to Itu for the real action to begin. 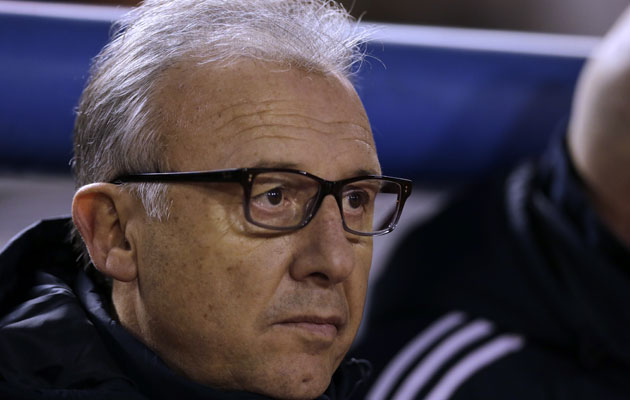 After the 2010 World Cup, Japan wanted a top European tactician to take the team up a notch. They first looked to Spain before hitting on Zaccheroni.

Was sacked at Milan after disappointing Champions League showings in successive seasons. Lost 5-1 to Arsenal while at Internazionale and oversaw Juventus’ 4-1 defeat away to Fulham in the Europa League in 2010.

Japan’s most popular national coach at a World Cup finals.

Highly tactical with careful attention to detail and a strong preference for attacking football. Although softly spoken in public, he reportedly exploded after last year’s World Cup qualifying loss in Jordan.

Zaccheroni says that he is only thinking as far ahead as the World Cup.