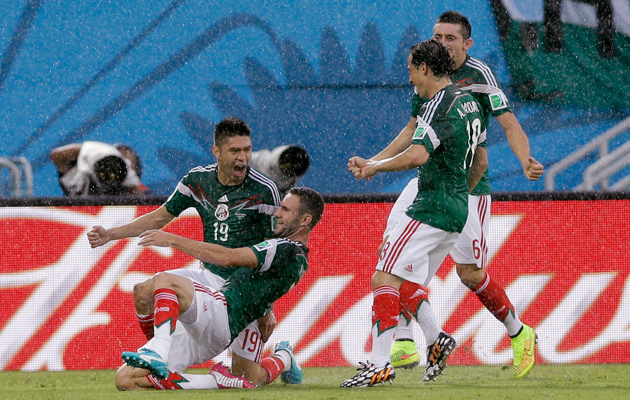 Match overview: Mexico have lost more games than any other team at World Cup Finals (24). Since reaching the quarter-finals in 1990, Cameroon have only won one of their last 13 World Cup games (1-0 v Saudi Arabia in 2002), drawing four and losing eight.

Key moment: The linesman’s decision to disallow two legitimate Mexico goals meant that Miguel Herrera’s side had to struggle harder for the win than they otherwise might have done.

Man of the match: Oribe Perlata In a match high on controversy but low on quality, Peralta’s eye for a goal stood out.

Matter of fact: That’s 9 goals in his last 7 competitive matches for Oribe Peralta No wonder Herrera substituted him midway through the second half – his goals will be crucial if Mexico are to advance.

Talking point: Cameroon rarely threatened, and on this form look likely to repeat their performance in South Africa in 2010 when they and lost all three matches.