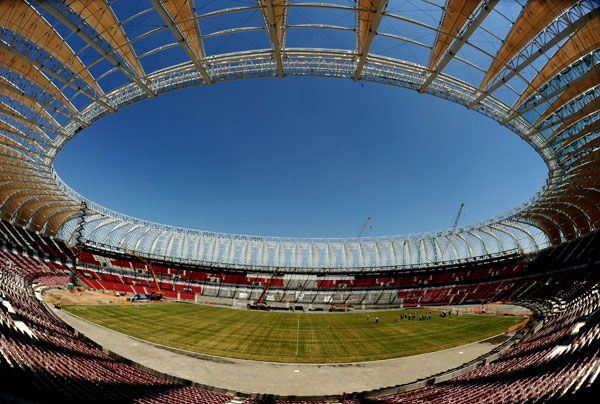 The mayor of Porto Alegre in Brazil has admitted that his city may not be able to host matches at this year’s World Cup over a lack of temporary structures at its stadium.

Jose Fortunati has requested a bill that will exempt companies investing in temporary structures from paying tax, saying it is the only way for the city to raise the funding. The structures are required to house the sponsors, security personnel,  as well as the media interests – most notably television – and without them it is inconceivable that the matches can proceed as planned.

“This is because we will not have the resources to do it. We have no plan B. The only alternative is this.”

Porto Alegre, located in the south of Brazil, is scheduled to play host to four group matches and a last-16 clash.

The World Cup starts in 84 days and some cities have not yet decided how to finance the temporary structures.

Local authorities, under huge public pressure to curtail spending amid widespread dissatisfaction over the cost of the finals, say they will not use taxpayers’ money.

An impasse has been reached.