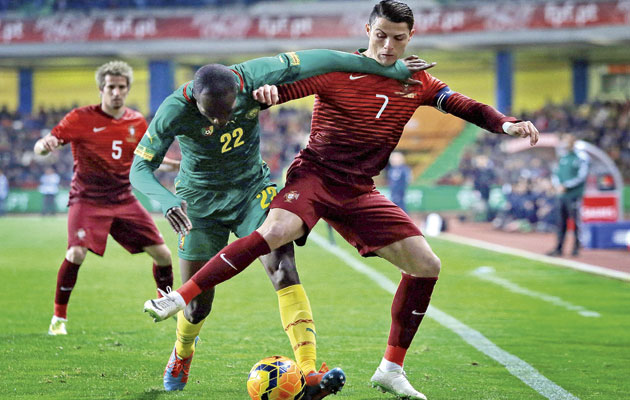 Portugal may be making their eighth successive appearance at a major tournament but, with Brazil hosting the event, it promises to be an extra special World Cup for the “Selecao”. Paulo Bento’s men are expected to receive plenty of backing from the Brazilian public – not to mention the millions of emigrants and Portuguese descendants living in the “brother” country.

Portugal have landed a tough group, but that is precisely the situation in which they usually shine. At Euro 2000 and Euro 2012 most pundits wrote off their chances of reaching the knockout stage, yet on both occasions Portugal reached the semi-finals.

A close-knit squad with a strong identity, a tried and trusted tactical formula, and bags of experience in high-pressure situations, augurs well for a successful tournament. The focus will inevitably fall on captain Cristiano Ronaldo, and should the Real Madrid man maintain his sensational form of recent months he will take some stopping this summer.

Pepe, Fabio Coentrao and Joao Moutinho are also world-class players, and the team is likely to be boosted by the emergence of the exciting young holding midfielder William Carvalho. The Sporting Lisbon starlet has been easily the best player in Portugal in an outstanding debut season.

Nevertheless, there is one major weakness. As has so often been the case, Portugal’s major shortfall is the lack of a top-quality centre-forward. Either Helder Postiga or Hugo Almeida will get the nod – and neither exactly strikes fear into the heart of opposition defenders. More worrying still, two key players have had poor seasons. Moutinho, their most important player after Ronaldo, has struggled since his move from Porto to Monaco, while Coentrao has rarely played for Real Madrid.

The mood of the nation is one of cautious optimism. There is none of the euphoria witnessed ahead of the 2002 World Cup or Euro 2004 – but there is also little sign of a typically Portuguese trait: a tendency to default to pessimism. People are genuinely excited about the whole event and how Portugal will be received in a country that means so much.

The Portuguese football federation appears to have left no stone unturned in its effort to provide a meticulous preparation schedule. Before choosing the Campinas base in Sao Paulo state, a total of 27 cities were visited and analysed, with the aid of national and international experts.

All systems go. What price an all Portuguese-speaking Final on July 13? 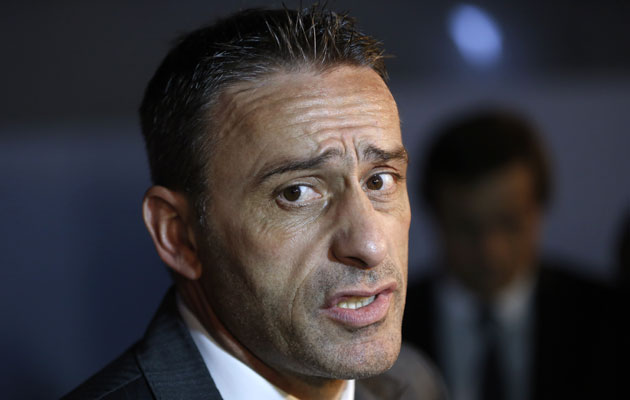 After a disastrous end to Carlos Queiroz’s reign, the Portuguese federation tried and failed to hire Jose Mourinho, on a temporary basis. “It’s an honour for me to be chosen behind the best coach in the world” said Bento after his appointment.

Led Sporting Lisbon to four consecutive runners-up spots, coming desperately close to winning the Portuguese championship in 2007 when they finished just one point behind Porto. Won the Portuguese Cup twice and the Portuguese Super Cup twice.

Bento’s Sporting progressed from the Champions League group stage only once in three attempts and were subsequently embarrassed with a 12-1 aggregate thrashing by Bayern Munich.

Known for his straight talking when responding to journalists, he enjoys a relatively good press, aided by largely successful results.

Respected by the majority.

Authoritarian, conservative, very set in his ways. Stubborn say some; a man with strong convictions, say others.

Has worked with assistant Leonel Pontes for nigh on a decade, going back to their Sporting Lisbon days.

Agreed a two-year contract extension until the end of Euro 2016.