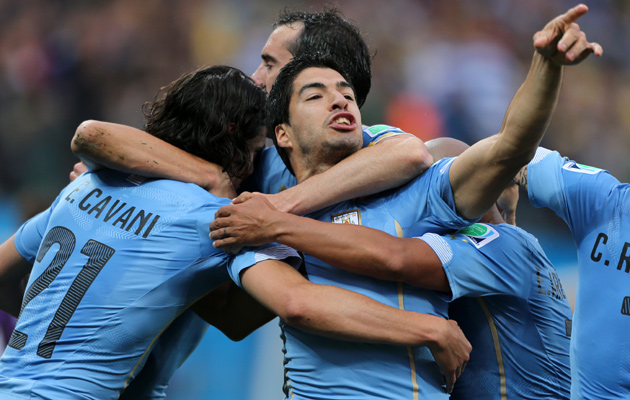 Match overview: England have won only 1 of their last 6 matches at the World Cup. Uruguay have gone 11 matches versus previous World Cup winners without winning since beating France in 1966.

Key moment: The ball skidding off the head of Steven Gerrard and falling into the path of Luis Suarez who, unlike the English defence, had anticipated such an eventuality. A piece of misfortune for England or a piece of opportunism for Uruguay?

Man of the match: Luis Suarez. The Uruguayan striker was apparently not fit enough to play in the opening game against Costa Rica, but he looked sharp tonight, punishing England with two classy finishes.

Matter of fact: This was the first time England had lost successive World Cup matches. Going back to South Africa 2010 that’s three defeats in a row.

Talking point: Uruguay were unrecognisable from the side that capitulated to Costa Rica in their opening game. The return of Suarez galvanised the South American side and provided he stays fit, Uruguay will be threat to most teams.