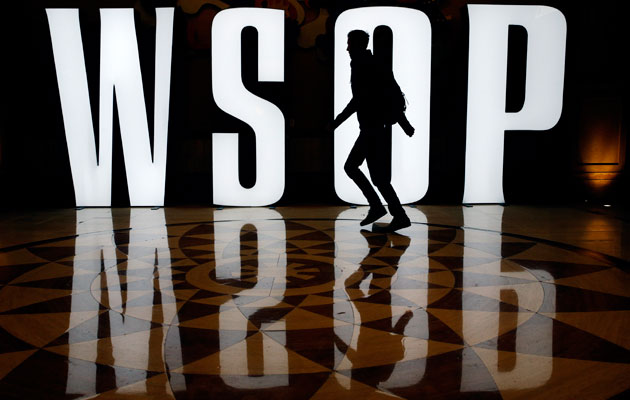 “Shh! I don’t want your Mum to know you’re awake.”

A strange glow hurt my eyes. Rubbing them, I realized it was my black and white portable.

“You have got to see this.” Said my Uncle.

It was West Germany versus France, in the 1982 World Cup Semi Final, played out in Seville, Spain. I remember Harald Schumacher nearly killing Patrick Battiston, and the Germans going on to win the first-ever penalty shootout in the history of the World Cup finals, after the game ended up 3-3.

I was seven years of age, and suddenly I was hooked on football.

Fast-forward 29-years and I was taking my seat in my first-ever World Series of Poker (WSOP) event. It was a $1,000 No-Limit Hold’em (NLHE) event. My friends, all of whom were quality professional poker players, had stayed up most of the night hammering a game plan into my cranium.

“It may seem like you don’t have much time, but you do.”

I was out within 20-minutes.

This summer is a special treat for people who love both poker and football. The World Cup will be held in Brazil, almost a third of the way through the 45th Annual WSOP, which will be held in the Rio All Suite Hotel & Casino, Las Vegas, for the 10th consecutive year.

Two apexes of each sport, both in a place called Rio, and both bursting with tears, tantrums and trophies.

Football was my one true love for a very long time.

I couldn’t watch a game on the television unless I was alone, because I was fearful that somebody would harass me with mindless drivel whilst I was trying to concentrate.

I remember being stuck with a friend of a friend during Euro 96, as England faced off against Scotland, and this guy kept talking to me about how great the Scottish kit was. I wanted to lift his kilt up and chop his pecker off.

I would get very aggressive. Perched on the edge of my sofa, can in one hand and remote in the other. You daren’t touch my remote. The sound would be full blast, and as I sung the national anthem tears would stream down my face.

Tears would also stream down my face when Diego Maradona rose above Peter Shilton to punch the ball in the back of the English goal; when Stuart Pearce, Chris Waddle and Gareth Southgate missed their spot kicks; when David Beckham got himself sent off, and when Sol Campbell’s goal was disallowed for naff all.

Then I found poker, and everything changed.

Suddenly, football took a back seat. These days when I watch a football match on the TV, I barely utter a word, and I am lying on my back with a cup of tea in my hand. I think the reason my allegiance shifted, was I went from being an armchair supporter, to being in the middle of the game.

That’s the beauty of poker.

You can be an average nine-to-five working class man, and end up winning the WSOP Main Event for $10m. Now that’s what I call pulling up your shirt and getting stuck in.

They say that football is a religion, but poker is an addiction. 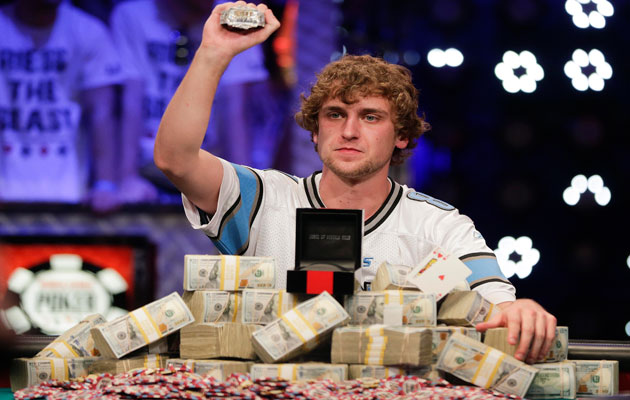 I recently read an article penned by Barry Carter called Are You More Excited about the WSOP or the World Cup? And it was the inspiration behind this piece. In his article Carter wants to know if people would skip one for the other?

If you are a fan of both, then I think the World Cup wins any excitement contest hands down. I remember when Chris Waddle missed that penalty in 1990. I was watching the game in my friend’s house. I burst into tears, and his mother embraced me and said, “Don’t worry dear, they can always win it next year?”

The fact that the contest comes around once every four years, and the WSOP is an annual event, tells it’s own tale.  Plus, you don’t have to choose one or the other. You can enjoy both.

The Global Poker Index (GPI) recently honored the American Pro Shannon Shorr, as the seventh most successful poker player of the decade. His countryman Byron Kaverman had picked up over $1.2m in his last two tournaments leading into the WSOP.

Both of these lads have jetted off to Brazil to catch a couple of games, before heading back to the fake fur Rio to continue their quest for a WSOP bracelet. English poker players Stuart Rutter and Matt Ashton are also in Rio trying to avoid the knives and pros of a different kind.

It doesn’t work the other way around though.

Last year, the Barcelona and Spanish center half, Gerard Pique, spent a few weeks of his summer playing at the WSOP. One doubts if Vincent Del Bosque will be giving him a few days off to play in the next $1,500 No-Limit Hold’em (NLHE) event, in between Spanish World Cup matches

The only remaining question is whether or not the WSOP will be showing the World Cup games in the poker rooms during the action? The NBA Finals, Stanley Cup final and some apparently really important horse race as been shown, so one would expect the premier competition of the most popular sport in the world would also be shown?

Not so fast partner.

Two years ago when England faced off against Italy, in the European Championships, I waltzed into the Rio, ready to watch the action, and the Americans were watching women’s billiards!

It’s likely that the World Cup games will be shown, but then again this is America. The land of the free, the home of the brave, and the place where you are more likely to see the National Finals Rodeo than the World Cup final.