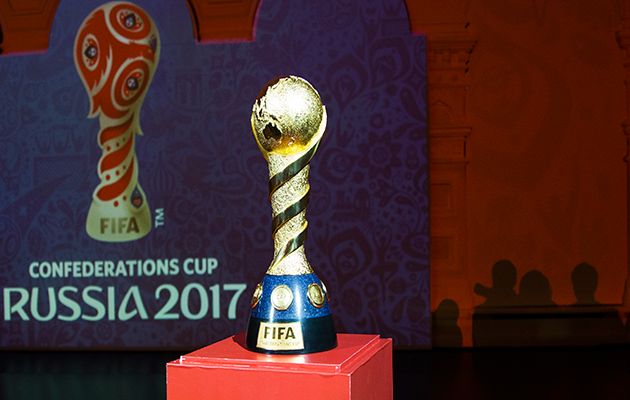 Much has changed since the chilly December day in 2010 Zurich when Russia was awarded host rights to the 2018 World Cup.

On a global stage Barack Obama has gone, David Cameron has gone. On a football stage Sepp Blatter is history, so is Michel Platini. Only Vladimir Putin continues to bestride both worlds. President of Russia, apparently as secure as ever despite western political rumblings, despite events in Crimea and Eastern Ukraine, despite the confused deathly turbulence in Syria.

Tomorrow sees St Petersburg stage the Opening Match in the Confederations Cup, the warm-up event ahead of the World Cup. An opportunity for world football’s new regime to check the state of organisation, construction and administration. Also an opportunity for Putin’s Russia to parade its credentials through the prism of sport.

Back on December 2, 2010, in Zurich, it was not Russia’s bidding land grab which seized the most vehement headlines and babbling soundbites. That dubious honour went to Qatar’s simultaneous acquisition of the 2022 World Cup finals.

The votes among the corruption-riddled FIFA executive committee also infuriated the losers, most notably the English-language trio of England, the United States and Australia.

Blatter, banned for fiddling the FIFA books, still holds firm to a belief that the US Justice Department’s FIFAGate assault was a direct consequence of bidding defeat.

If so, then that vote did football a favour, even at the price of a winter World Cup in 2022.

For much of the last six years Russia’s preparations have been undertaken beneath the radar, with just about all the flak aimed at Qatar. Indeed, courtesy of the Saudi/UAE-led diplomatic confrontation, it still is.

Meanwhile, here, finally, Russia and its staging of the World and Confed Cups is flying up into clear blue skies for all to see.

In truth Russia, barely noticed except by aficionados of such issues, has followed the usual preparatory pattern: bold promises followed by cost cuts, followed by a balancing injection of more cash, followed by an always-resolved row over broadcasting fees plus concerns about fan violence all fringed by pressure group complaints about restrictions on workers’ rights and political activism.

Also, particular to Russia has been the ongoing controversy promoted by the World Anti-Doping Agency’s reports of a long-term, institutionalised athletes’ doping programme.

Russia will host the World Cup finals next year in 12 venues spread across 11 cities, including Moscow, Saint Petersburg, Sochi and Kazan. These latter four cities are hosting the Confederations Cup over the next two weeks.

For the continental champions from non-European nations the tournament has value in offering a taste of what they can expect in one year’s time – if they qualify for the finals – in terms of climate, temperature, pitches, stadium ‘feel’ and travel.

However as Joachim Low, manager of world champions Germany, has said more than once there is nothing to be gained for him because all his players are used to the big event, the biggest stages and have played competitive football against Russian teams in Russia at varying times of the year.

Low has also irritated the Russian organisers by sending a third-string team. The main actors are being allowed a rare summer holiday inbetween European Championship and World Cup while the second string may be considered the under-21 team about to embark on their own continental championship in Poland.

Germany kick off their campaign against Australia on Monday while hosts Russia open up against New Zealand here tomorrow with home fans fearing the worst after dismal displays at the finals of the 2014 World Cup and 2016 European Championship.

Fortunately – for the sake of Putin’s pride – they do not have to qualify for ‘their own’ finals.

While not a football fan, Putin will doubtless be taking a close interest in results. Still, he will derive overriding satisfaction from the knowledge that the the biggest victory has long since been achieved, all the way back on December 2, 2010.

** A failure to observe safety regulations has been blamed by Russian authorities for a fire in the stadium being built in Volgograd to stage four matches next year at the World Cup. The fire was reported as having been ignited by a welding spark.