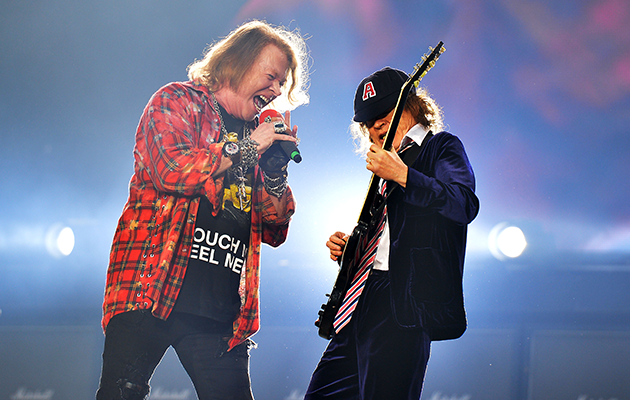 Australian rock band AC/DC have played a small part in the staging of the next World Cup, as Fifa will prevent rock concerts being staged in Russia 2018 stadiums prior to the tournament kicking off.

Fifa passed a rule ”to ensure that the field of play is of the highest quality, it shall not be used for a non-football event” two months before a stadium’s first match.

Fifa said on Monday the new turf rule was brought in because of overuse of stadiums and training sites in Brazil ahead of the 2014 World Cup.

But it also follows issues at the European Championship in France in June.

A concert by rock band AC/DC one month before the tournament in Marseille prompted France coach Didier Deschamps to call the Stade Velodrome turf a ”disaster” after beating Albania 2-0. The turf had been re-laid after the concert, but struggled to bed in by the time the tournament commenced.

”It’s a disaster, but that’s not surprising,” Deschamps said at the time. ‘If you have an AC/DC concert a month before the European Championships – they’re changing the pitch, re-laying the turf.”

Fifa also has given itself the power to veto an event due to take place in any of Russia’s World Cup stadiums up to a month before the finals start.

The sport’s governing body has also introduced disciplinary records – a points system adding up red and yellow cards –as a potential tiebreaker in the group stage when teams have the same amount of points. Fifa now follows Uefa in having ”fair play” as a final group-stage tiebreaker before he drawing of lots.

Unlike Uefa, Fifa had retained goal difference as the first way to separate teams that are level on points.