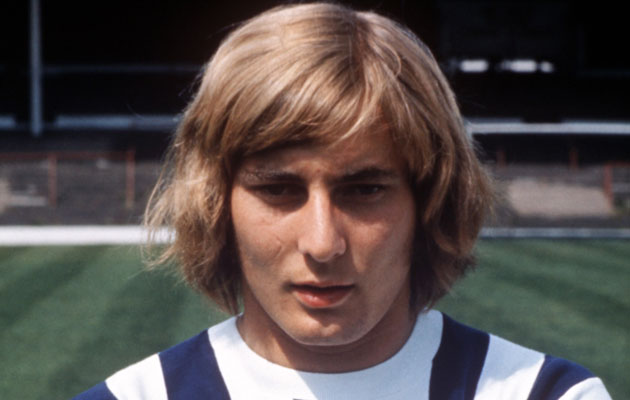 Don Revie knew he needed to buy players. His Leeds United side were crippled by injury and looking decidedly threadbare in their attempts to remain a threat in the Division One title race. They had won the title in 1969 but were struggling to keep up with Derby County. The year was 1971 and Revie cast a watchful eye over the transfer market, remaining vigilant over a potential acquisition that could get the Mighty Whites thriving once again. It was to be that year that Revie made a mistake regarding a player’s fitness that called off a high-profile transfer and left Leeds wondering what might have been.

That player was Asa Hartford, the impressive 21-year-old midfield dynamo who flew onto Revie’s radar after being at the heart of West Bromwich Albion’s surge to prominence in the late 1960’s. Hartford helped the Baggies en route to the FA Cup in 1968 and made his mark at the beginning of a new decade which included a League Cup final in 1970. Hartford’s form was impossible to ignore but Revie had never ignored him, he knew all about him in fact. The Leeds boss twice enquired about his availability before but was swiftly rebuffed by West Brom as they knew the dangers in letting one of their prized possessions go to title contenders Leeds. However, Revie was incessant in his overtures and West Brom finally agreed to do business.

On November 1, Revie and United chairman Percy Woodward traveled to Birmingham and agreed terms for the purchase of Hartford. Following that, Revie met with Hartford in the Greyhound Motor Hotel to finalise the deal. The conversation lasted ten minutes. Hartford had no reason to ruminate; this was a dream come true for him. The deal was concluded immediately and Revie announced that Hartford would be integrated into the squad for their match with Leicester City the following Saturday at Elland Road. Everything was in place, everything was running smoothly. Furthermore, the good news kept on coming for Hartford as, after the news of his proposed transfer to Leeds broke, he received a phone call from Scotland manager Tommy Docherty notifying him that he was to be part of the international squad for the first time, as a replacement for Archie Gemmill.

The excitement surrounding Yorkshire was feverish. Journalists and commentators began speculating on the bright future of Hartford, with the Yorkshire Post’s Barry Foster saying “he arrived at Elland Road last night and immediately impressed as a level headed young man with a mind of his own.” Suddenly the match with Leicester became a blockbuster event, with fans flurrying ecstatically to see their new man for the first time. The Elland Road faithful had the man who was going to ignite their challenge for the League Championship. At least, they thought they had their man.

In an announcement that stunned the football club, only a matter of hours before he was due to make his debut against the Foxes, Asa Hartford’s transfer was officially cancelled owing to a failed medical examination. The state of high excitement descended quickly to bemusement and shock. The initial announcement from Brian Archer, Leeds’ secretary, was brief and frustratingly opaque. It slammed into the hearts of Leeds fans like a dagger. It was difficult for them to comprehend. There was no comment from the player or the manager. The specific reasons for the failed examination became the subject of intense scrutiny. The reason was that Hartford had a hole in his heart, a slight defect he had been born with but had never impacted the progression of his career directly. The hole was small, equivocal to a pin-hole according to some, but the Leeds United medical staff deemed it an adequate factor in calling the transfer off. Just like that, Hartford’s dream was shattered.

What made it partially inconceivable was the fact that Hartford had passed the preliminary medical examinations for West Brom, thereby giving him the green light to play that season. Don Howe, manager of West Brom, said that he was as shocked as anybody, declaring Asa as one of the fittest players he had ever coached. His squad were always driven hard in training and regularly completed cross-country runs, with Hartford a regular leader in the pack. It was a massive decision for Leeds to make. They had big £177,000 for him, a club record sum in 1971 and had earmarked Hartford as the player that was going to spearhead their challenge for the league title. Every party included clarified that the most important thing was the wellbeing of the player. Leeds’ medical experts and specialists confirmed their anxiety that the high stress of top-tier professional football would be too much for Asa’s defected heart to handle and advised against the transfer.

Hartford was given confirmation that he was not to become a Leeds United player. His world had suddenly turned upside down in the space of 24 hours. He met with Revie briefly at Leeds City station and began the long drive back to Birmingham alone. Revie, one of football’s most hardened men, admitted to breaking down in tears after seeing Hartford to his car. “I stood between two cars outside Leeds City station and cried like a child. It was the worst experience I have encountered because I had to tell this brilliant young footballer his career was threatened according to specialists that examined him,” Revie said.

What made the debacle even more difficult for Hartford was that upon his return to West Brom, he was immediately referred to Dr Paul Davison, a leading heart specialist in the Midlands notified him that despite having a small hole in the heart, it would have no affect on his football career- a direct contradiction to the Leeds United medical staff who informed Revie that the player was not fit enough to play for the club and would probably require an operation. Hartford was back training with West Brom within a week. There was no surgery, no endless stream of medical tests and no time off or anything like that. Hartford was a footballer who plied his trade with a minimum of fuss and that was illustrated by his readiness to get back playing.

Speculation exploded that Leeds, on the basis that medical experts had deemed Hartford’s career to be in immediate danger, were entertaining the possibility of reactivating the transfer. However, it was abruptly and vehemently denied by Revie and Woodward and the deal was officially dead in the water, for good. That season Leeds would finish runners-up in the league to Brian Clough’s Derby County, with fans clocked to a ‘what might have been’ mindset as an inevitable outcome of the Hartford affair.

Considering that Hartford went on to form a fairly distinguished career with no heart-related problems, the caution of Revie and the medical advisors looks misplaced. However, the thought process behind their final decision was as clear as day. They were calling off the transfer with Hartford’s medical wellbeing as the primary interest, so they believed. It is completely understandable that a football club would act on the recommendations of senior medical staff, it just so happened to be that the warrior-like attitude and mental toughness of Hartford made their advice look dumbfounded in years to come. They were not fools though, merely professional doctors acting on the instinct of safety for the patient.

Hartford returned to action with West Brom at Nottingham Forest on November 13. They were hammered 4-1, but the journalists en masse at the City Ground concluded that Hartford’s performance was one of the few shining lights in an otherwise dismal performance for the Baggies. Geoffrey Green writing in the Times said: “After an anonymous first half in which, understandably, he shrank like a violet from every gimlet eye, he grew stronger in his play as he busied himself in midfield, providing many a creative touch which fell on barren ground while others around him relapsed slowly into disorder.”

Green’s assessment was a poignant one as it highlighted Hartford as a player continuing the impressive form that caught the attention of Revie and Leeds in the first place. Perhaps it was tough for Hartford, knowing that his midfield talents may have been better employed at Elland Road where he could have been the foundation of a championship-winning side but he was not a man prepared to be haunted by an immaterial transfer, he just wanted to continue playing football, and that is exactly what he did.

He stayed with West Brom until 1974, after which he moved to Manchester City and spent five years as a pivotal member of Tony Book’s side, helping them to League Cup success in 1976. Buoyed by consistency and success at City, Hartford again had the chance to complete a dream move; this time to Brian Clough’s Nottingham Forest, the reigning European Champions. Clough splurged £500,000 on Hartford as he sought the perfect player to fill the void left by Archie Gemmill. There were to be no medical complications in the transfer this time, as he signed on the dotted line and looked forward to a new chapter with the mighty Forest. However, in a conclusion that fitted the storied troubles of Hartford’s high-profile transfer history, his Forest career lasted 63 days. He played three times, failed to impress and was subsequently sold to Everton. Clough had decided that he simply did not fit in with the style of the football club and was offloaded. Forest later admitted that it was a mistake signing Hartford and claimed that it was ‘good management’ to get rid off him so quickly and effectively- they recouped £400,000 from Everton.

Hartford’s career started to wind down considerably following the Forest farce with a forgettable spell at Goodison Park, a return to Maine Road before popping up briefly at Fort Lauderdale in Florida. He eased into retirement via spells at Norwich City, Bolton Wanderers and Shrewsbury Town among others, having a stab at management with Stockport County and Boston United. He did represent Scotland at the World Cup in 1978 and 1982, recording his fiftieth cap against Brazil in the latter tournament, but his career seems, even to this day, to be defined by those few days in 1971. Hartford was a supremely talented midfielder, fitting the pattern of fine Scottish players including Graeme Souness, Lou Macari, Bruce Rioch and Archie Gemmill, but to most, he will always be the hole in the heart footballer.

The Asa Hartford affair may have been over 40 years ago but it remains a stark reminder of how physiological conditions can impact the game. In the modern climate, with medical developments making 1971 look like a stone-age for practitioners, many players have conditions that are well dealt with by specialised medical advisors. Every major club in Europe has a fleet of medical staff, trained in the craft of sports science to meet the unique needs of elite footballers. If a player had a pinhole-sized hole in his heart today, the likelihood is that it would not make the news in a month of Sundays. Back in 1971, as Asa Hartford explained in an interview given years later, the reaction to the revelation of his condition prompted everyone into a state of panic, fuelled by the fear that his life was in danger. That was not the case, as medical tests showed, but it was a different culture and different times. Unfortunately for Hartford, he was a victim of the times.