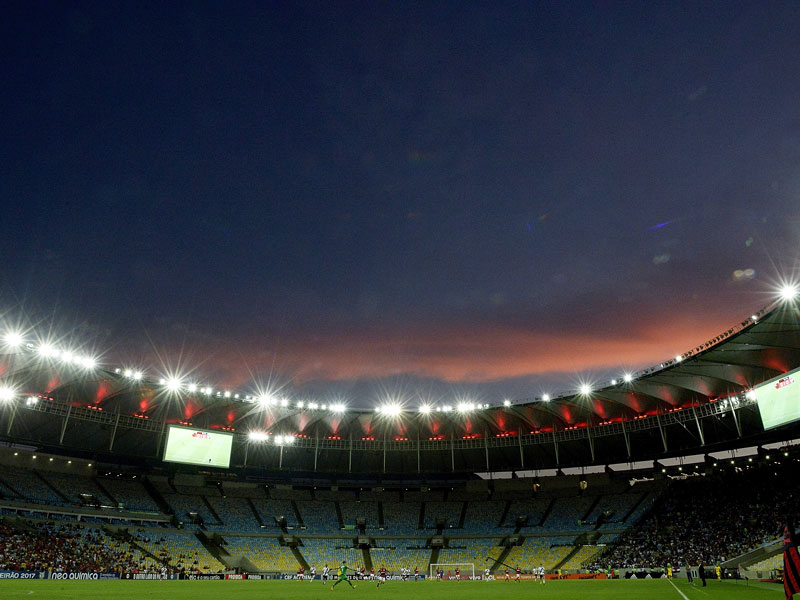 Chacrinha was an anarchic Brazilian TV presenter from decades past, whose catch phrases included the declaration that “I come to confuse, and not to explain.”

The championship of the state of Rio de Janeiro appears to be run on similar lines. Sunday was baffling even to those weaned on Chacrinha. It was the day of the final of the Taca Guanabara – essentially the half way stage of the championship – between two famous old clubs, Fluminense and Vasco da Gama, and it took place in one of the world’s most famous stadiums.

Like some giant spaceship on the edge of the city centre, the Maracana was built for the 1950 World Cup. The first domestic championship of the Maracana era was won by Vasco. As a prize, they were allowed to choose the end of the ground their supporters would use. They went with the South stand – the end where Germany scored their 2014 World Cup winning goal.

By then, though, the Maracana was effectively a different stadium on the same site. The ground was rebuilt for that 2014 World Cup. This kicked off a new era. The stadium used to be administered by the local government.  Now it is in the hands of a private consortium, though they are on the way out.  But in this new era of the stadium, Fluminense signed a contract with the consortium – where they have the rights to that south stand.

So what would happen on Sunday, when Vasco met Fluminense?  Who would have the right to use that end of the stadium?

The clubs squabbled. Vasco took a hard line. It was their right, they said. Their position might well have been hardened by events earlier in the week. Vasco’s greatest local rivals are Flamengo – who, of course, were recently at the centre of a tragedy at their training ground, when fire killed ten of their youth players. In a splendid act of solidarity, Vasco took the field for their game in midweek with the badge of Flamengo on their shirts. But such nobility did not go down well with everyone at the club. A group of over a hundred illustrious club members made public their displeasure. This time, then, Vasco were unlikely to give way.

And nor were Fluminense. Technically, they were the away side in Sunday’s final. But their contract with the consortium made no provision for this situation, and their president even spoke of going to war over the issue.

The lawyers got involved. And late on Saturday night, a local judge ruled that the game would have to go ahead behind closed doors.

This, of course, would make for a very disappointing final, giving a showpiece occasion the atmosphere of a training session. Meetings were held to try and sort out the situation.  With just over two hours to go until kick off, Vasco said that they were willing to disobey the judge’s order. They would pay the fine and take responsibility. Their supporters made their way to the stadium.

But there was another problem. The police declined to participate in the decision to disobey a legal instruction. And so the fans gathered but the gate stayed closed. And the game kicked off with no one in the stadium bar the journalists to watch the action.

For those of us inside, it was soon clear that this had not been a wise course of action. Above the shouts of the players we could clearly hear the sound bombs that the police were letting off in a bid to control the thousands of people gathered in the streets outside the ground. The situation was clearly getting out of hand. And with around half an hour of the game gone, the decision was taken to open the gates. By half time, almost 30,000 people had made their way into the ground. The vast majority were Vasco fans, and so they left happy after their team’s 1-0 victory.

But this was a day without genuine winners. It was a farcical day for Rio football, which leaves no one looking good. As a Vasco fan, Chacrinha would have been happy with the result. But even he would have been confused by the way in which Rio football mistreated its own public.