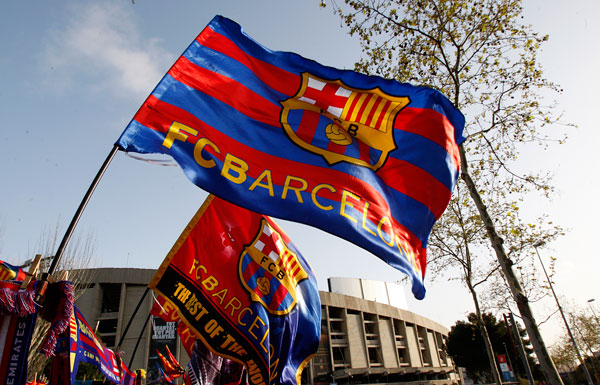 FIFA have imposed a transfer ban on Barcelona for breaches relating to the international transfer and registration of players under the age of 18.

According to the FIFA website, Barcelona and the Spanish Football Federation (RFEF) committed violations concerning the international transfer and first registration of non-Spanish minors with the club, as well as other  regulations with regard to the registration and participation of players in national competitions.

The investigations concerned several junior players who were registered and played in competitions with the club over various periods between 2009 and 2013.

Barcelona has been found to be in breach of article 19 of the FIFA Regulations in the case of ten junior players and to have committed several other  infringements relating to other players, including under Annexe 2 of the Regulations.

As a result FIFA have imposed a transfer ban at national and international level for two consecutive transfer periods, together with a fine of CHF 450,000.

The club was also given a period of 90 days in which to ensure all  players were registered according to FIFA regulations.

The RFEF were fined CHF 500,000 and given a year to regulate their system.

FIFA permits international youth transfers provided they adhere to three stipulations: the player’s parents have moved country for their own, non-related reasons; the move takes place within the European Union if a player is aged between 16 and 18; or the player’s home is less than 50 kilometres from the national border being crossed.
The ban raises doubt over two moves already agreed by the club: Borussia Monchengladbach keeper Marc-Andre ter Stegen and Croatian 17-year-old Alen Halilovic, who turns 18 in June.