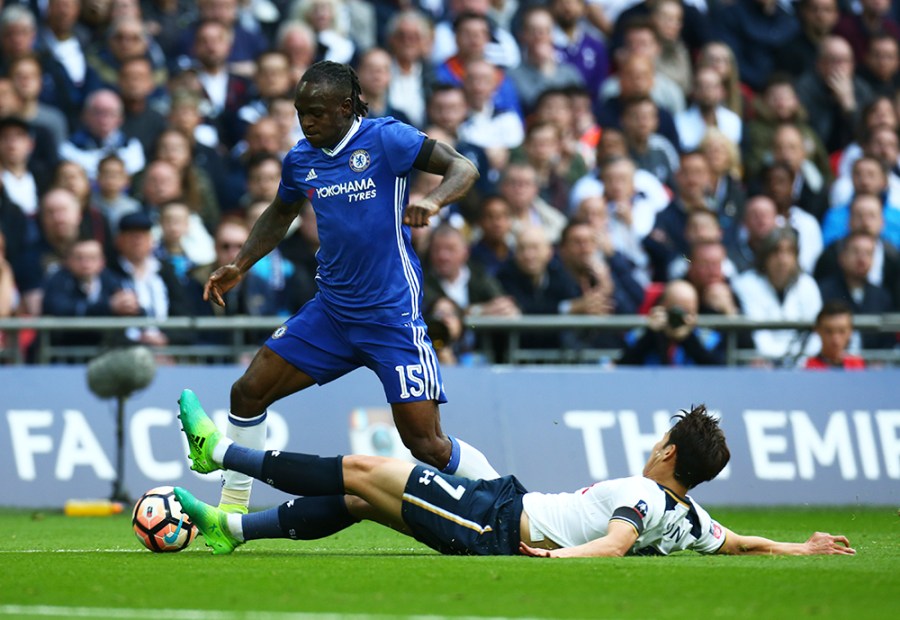 Whether or not FA Cup semi-finals should be played at Wembley at all must be something of a moot point. Historically they still seem something of an aberration, though Heaven knows it should have been plain long before the appalling disaster of Hillsborough happened that Sheffield Wednesday’s stadium was a disaster waiting to happen.

I still believe the FA have been fortunate not to find themselves in the dock in the long-running inquests into the disaster. Wembley one assumed is now used for the semis because after the botched, drawn out reconstruction of the Empire Stadium, the FA found themselves in deep financial waters. Which could also, I imagine, account for the rag, tag and bobtail lesser fixtures which now devalue Wembley, once the so-called Temple of Football.

Of last weekend’s two semi-finals, the first of them, the local derby between Spurs and Chelsea, seemed to have a flimsy basis in reality. Chelsea, all too obviously, had their eyes on the imminent Premiership fixtures, keeping their attacking aces Hazard and Costa on the bench till so late in the game and proceeding to turn the tables on a Tottenham side which had been largely dominant. But who knows what possessed Pochettino to use the South Korean Son as a wing-back, leading to the ghastly error that gave Chelsea the penalty. Walker, who should have surely been there, was on the bench for 68 minutes. No disrespect to the excellent Willian, who scored twice for Chelsea, once from the spot, before his place went to Eden Hazard.

And Pep Guardiola? It would be unfair to say the Emperor has no clothes, but whatever the various misfortunes in Manchester City’s defeat by a suddenly resurrected Arsenal, the cold fact remains that for all his resplendent successes with Barcelona and Bayern Munich, this has been a season of dire anticlimax for Guardiola. So much so that you have to ask yourself whether his previous successes in Spain and Germany were down to the fact that he took command of two famously dominant clubs.

Yet another uneasy display by Bravo in the City goal re-emphasised the folly of Guardiola jettisoning Joe Hart, a seasoned England international, in favour of a keeper who may be more adept with his feet – though even this on the evidence of this season may be exaggerated. It hardly needs emphasising that what a keeper does with his feet is quite secondary to what does with his hands, and it would make sense were Guardiola next season to recall Hart; Torino would obviously like to keep him but they cannot afford him. This would be obviously be a step too humiliatingly far for Guardiola, who has paid heavily for preferring a keeper so plainly in the twilight of his career.

As for Arsene Wenger, though Chelsea in the Final may prove a bridge too far for the Gunners, and whatever luck was going at Wembley seemed to go to the Gunners, this semi-final saw him come to his tactical senses. He at last fielded a three-man defence and shrewdly gave Oxlade-Chamberlain a role as an attacking right-back, which he filled with such elan. No transferring him now, one hopes and assumes. On the other flank, young Holding, bought from Bolton Wanderers and hardly used this season, splendidly seized his chance and has a strong case for holding this role. Indeed the whole Gunners defence surpassed itself with Gabriel and Koscielny dominant. It had worked in Arsenal’s previous game, but that was only against struggling Middlesbrough. Manchester City was an altogether tougher test but you wonder what difference would have been made were the effervescent Silva not forced out of the game so early by Gabriel’s heavy challenge,

This was a match in which poor decisions by referee and linesmen made a substantial difference but it probably consolidated Wenger’s previously shaky time at the helm. Lucky Arsenal? The phrase has echoed down the decades but the least you can say about them is that they impressively rode what luck they had. Can they now hope to keep Sanchez, who so typically and resourcefully popped up with the winner? It seems unlikely but if he does do, who could replace him? Remembering that the Gunners almost certainly won’t be in the European Champions Cup next season.

Chelsea, who will presumably deploy all their stars, must be favourites for the Final, but this semi-final victory will in all probability keep Wenger in office after what had till now been such a shaky season.