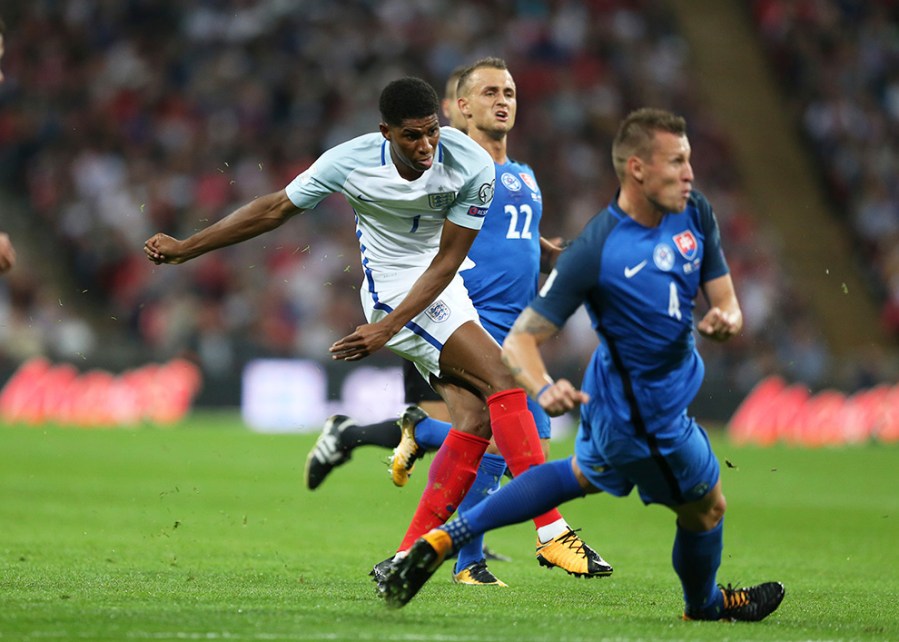 England look odds on to qualify for the coming World Cup finals but on the basis of their narrow win against Slovakia, not to mention their dull display against Malta, there is no reason to think they will get very far when it comes to the Russian finals.

On the other hand, football being the gloriously perverse game that it is, those two displays must seem scintillating by comparison with the astounding goalless draw forced by miniscule Luxembourg away to mighty France. A reminder football is a game pregnant with glorious surprise.

It may seem perverse for me to claim that one of the most optimistic moments of England’s win at an underpopulated Wembley – shades of the mass exodus of England fans during the dull display in Malta – came in the closing minutes in the shape of Raheem Sterling. Dropped from the initial side after an unimpressive performance in Malta, he was brought very late indeed on to the right wing and twice did what no other England player had done throughout the previous 80-plus minutes. He took on Slovakia’s left flank defence, and wriggled his way to the by-line, on one occasion forcing a corner before he could pull the ball back; the most dangerous pass in the game. No other flanker could do it. Oxlade-Chamberlain, who doesn’t like to the play on the flank anyway, never came near it.

Marcus Rashford, who shrugged off the disappointment of his early expensive error to become a dangerous and effective figure, is not whatever his various other qualities a winger by nature. At his right-footed best on the left flank, he threatens with his power and pace and clearly deserved to keep his place but he hadn’t the natural winger’s quality of going outside the opposing full-back and hitting the line.

So I hope that in future England matches Gareth Southgate, who still doesn’t wholly convince me as a manager, will keep Sterling in the side from the beginning. He is, alas, a rare bird in Premiership football, where once the gloriously elusive likes of Stanley Matthews and Tom Finney excelled on the flanks and constantly got to the by-line.

It is also all too plain, as Jason Burt emphasised in the Daily Telegraph, that England have no real playmaker in midfield. That isn’t Southgate’s fault. The poverty of England football in that respect is encapsulated by the fact that in recent years there has alas been one figure capable, in the Italian phrase, of inventing the play. That is, or alas was, Jack Wilshere who you may recall also saved England’s bacon with his two splendid late goals in Slovenia in June 2015. But serious injury has undermined his career and even though last season when on loan to Bournemouth he made surprisingly few productive passes, he is when fully fit unique of his English kind.

Dele Alli, whatever his ill-judged gesture, remains the one convincing midfielder. Henderson to me seems competent but pedestrian, Dier took his goal supremely well, but failed to dominate against quick intelligent opposition. The eventual return to fitness of Adam Lallana could ideally strengthen the midfield. Gary Cahill in central defence has never convinced me at this level; there are a couple of talented young centre-backs waiting in the wings who should be given their chance. The lofty Michael Keane and Ben Gibson.

Overall, perhaps, we should be thankful for small mercies. England should find their way to Russia, but after that anticlimax beckons.

You can take the boy out of the backstreets but you can’t take the backstreets out of the boy. Wayne Rooney’s most recent disastrous escapade has almost Gazza-esque aspects. Let him who is without guilt cast the first stone but in terms of sheer suicidal folly, Rooney’s latest escapade challenged belief. Yes, he was drunk, which explains if it hardly excuses a great deal, but for a player of his age and stature, this urge to show self-destruction is very hard to comprehend.

His long-suffering wife has forgiven him in the past; perhaps she will, poor soul, do so again.

All those caps, all those goals, and all that self-destructive folly.