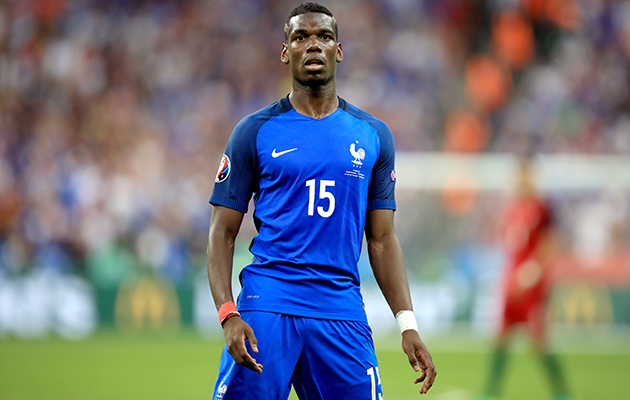 Paul Pogba was allowed to leave Manchester United for £800,000 by then-manager Alex Ferguson. Now back he comes to Old Trafford for a colossal, record-breaking £100 million. Is he worth it? Should Ferguson be hiding his face in shame?
Apparently, Ferguson had regarded Pogba’s financial demands as excessive. In view of this sensational transfer, and in retrospect, they must seem more than acceptable. But if Ferguson was wrong, it has yet to be proved that United are now right.
Pogba is beyond doubt an outstanding talent, but he hardly excelled in the recent European Championship Final, when France so unexpectedly went down to Portugal. That he may yet improve on his substantial talent to rival the likes of Lionel Messi and Luis Suarez at Barcelona, and Cristiano Ronaldo at Real Madrid, is quite possible but still to be proved.
Graeme Souness, once released on the cheap as a youngster at Spurs and later, via Middlesbrough, to become such a star with Liverpool and Scotland, has ridiculed the size of the transfer.
The glorious solo goal scored by the youngster Jesse Lingard, home grown at Old Trafford, against Leicester City in the Community Shield, showed that United are still capable of producing their own talent.

How good to see Grimsby Town back again at last in the Football League.
Away back in 1948, the last league game of the season, I remember seeing poor Grimsby crashing out of the first division at Highbury where Arsenal beat them 8-0, and they have never come close to returning to the top division.
Just about a year earlier, I had watched another eight-goal match between the teams at Highbury, only that time Grimsby made an exciting game of it, holding the lead for some time and eventually going down 5-3. The manager then was the late Charlie Spencer, who on slender resources had kept them in the top division since pre-war days. In 1939 they reached the semi-finals of the FA Cup, but without their resilient goalkeeper George Tweedy, Wolves beat them 5-0.
Back in the early 1950s, I came to know Charlie Spencer well. He was a marvellously unreconstructed Geordie from Washington, County Durham, who had played centre-half for Newcastle United and England, and had claims to being the first-ever third back, after the major change in the offside law in 1925. In the 1924 FA Cup Final, Charlie gave a pass that was exploited by the Newcastle left-winger Stan Seymour – later to become chief administrator of the club – for one of the Magpies’ two winning goals against Aston Villa.
Goodness knows what Charlie Spencer would have made of his old club Newcastle had he seen them, as I did, at Fulham in their first league game of the season.
At least you could not say they disgraced the black and white colours, wearing a lurid second strip. When I lived in Italy in the 1950s, there was a pleasing rule whereby if there was a colour clash than the home team changed, the idea being that the home fans would have a chance to see the visitors in the correct colours.
Rafa Benitez, who to the joy of Magpie fans, agreed to stay on after to some extent reviving, though not saving them, from relegation last season may now be wondering whether it was wise to sign that new three-year contract.
In the close season, Newcastle lost Andros Townsend, the winger who should have gone to the Euros for England, and Georginio Wijnaldum. Benitez said that Moussa Sissoko didn’t play because he wasn’t match fit, but you felt that even on one leg he could have done better than Newcastle’s insubstantial attackers.