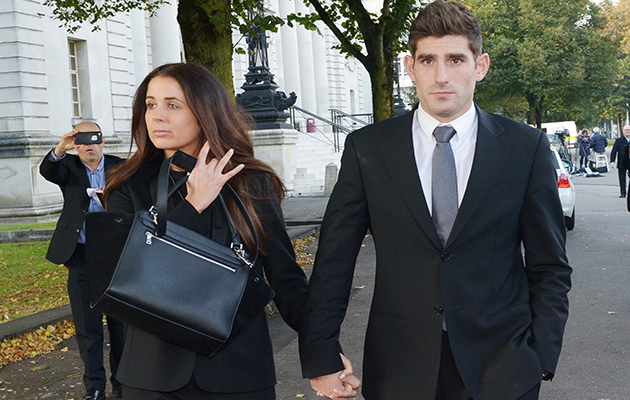 “I’ve got a bird,” was the message sent by Ched Evans’ former friend Clayton McDonald when he spoke on the phone to the former Sheffield United footballer.

And in those four crude words, you have a summing up of the whole sordid situation which followed. I am no feminist, but to deplore what has been called the treatment of “women as objects” seems to me mandatory.

I am perfectly happy to accept the ultimate verdict that Chad Evans was not guilty of rape as he has always insisted; he has also been honest enough to regret his own behaviour. The woman herself has been tarnished in the court of appeal by two witnesses, each of whom denied that they received any inducement from Evans’ fiancee who had offered £50,000 for evidence which would exonerate him.

With hindsight, it is difficult to see why the original prosecution was brought at all, since the girl herself has evinced no memory of it. Now she’s the object of such vile abuse from the psychopaths who infect the internet that she has been forced to move her address five times.

Evans himself is now the victim of abuse from the opposing supporters when he plays for Chesterfield but he is plainly able to shrug it off.

Yet what’s new? It wasn’t so long ago that a bunch of footballers were accused of what was charmingly termed “roasting” an unfortunate girl in a Park Lane hotel.

And my own mind goes back to an anecdote told me by a pre-war professional with a London club. Staying overnight in a provincial hotel, he and his teammates grabbed a chambermaid when she came into the room. She didn’t object, merely asked them to let her go to her own room, whence she would re-emerge. When she did they told her that they didn’t want her but she could try the players in the bedroom next door. This she did, only to be rejected again, and obliged to return humiliated to her own room. These players were on modest wages, in contrast with the millionaires of today but the ethos was plainly the same. Women as prey. Women as objects.

Should Ched Evans have been prosecuted at all? Probably not. Was his behaviour reprehensible? Yes. Was it atypical of today’s footballers? Or even of those pre-war? Hardly. 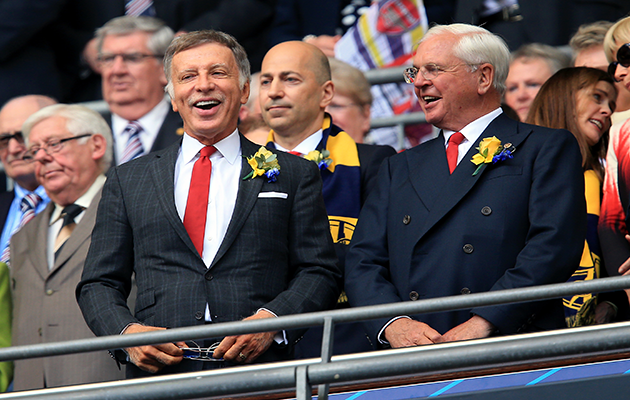 It was interesting to see Stan Kroenke, Arsenal’s multi-millionaire owner, give up after three years the £3 million the Gunners annually and inexplicably paid him, for unspecified advice. An angry group of shareholders condemned these odd payments when they found out about them. I myself had known of them several years ago, but could not publish the information for fear of compromising my Deep Throat, working within the club, and certain to lose his job were he revealed.

Why Kroenke, with his wealth and his multiplicity of important sports franchises in the United States, should have wanted that money is surprising.

Two right-wingers. Two sharply contrasting performances. I was at The Emirates to see the Gunners make heavy weather of their 3-2 victory over a struggling Swansea City team, managed for the first time by the American Bob Bradley. Himself the first American to be a manager in the Premiership.

Theo Walcott, so disappointing in his recent displays for England, managed to score twice but switched from the right wing to the left in the second half, he contrived to miss as many chances or more.

By contrast, the Swansea right-winger, the Gambian born Nodou Barrow, was pushed up the right flank by Bradley after half time, and did as he pleased against the hapless Arsenal left back Monreal, with his pace and close control. Ultimately to be badly and painfully fouled by the Swiss International Granit Xhaka, who was very properly sent off. Having earlier made a gift of a goal to Swansea’s Icelandic international Gylfi Sigurdsson.

Last season, Barrow seldom played for Swansea, but now he must give them some hope of escaping the relegation which looms. It seems strange that Bradley should damn him with faint praise after the game, saying “He is just scratching the surface… I’ve already told him I’m not going to be easy on him.” Bradley would do better to count his blessings and simply leave Barrow, who grew up in Sweden, to go on doing what he did so well against Arsenal. Gift horses are best not looked in the mouth.