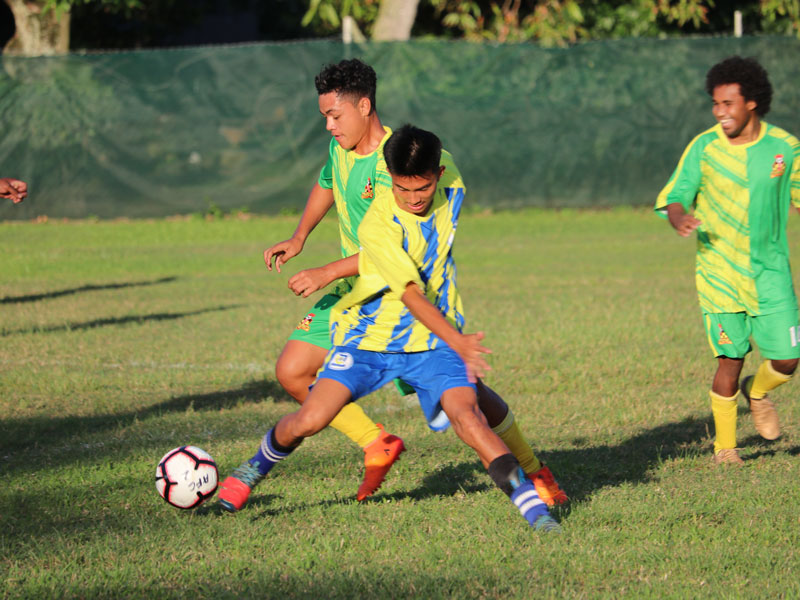 The Nations League concept has been enthusiastically adopted in Europe and in the CONCACAF region, where previously inactive national teams are playing more regularly.

This summer, the Oceania Football Confederation decided to join in. If the plan works out, the games could not come soon enough for footballers in isolated Pacific teams like the Cook Islands.

On 4 September 2015, the Cooks lost a decisive 2018 World Cup qualifier to American Samoa and missed out on a first ever place in the second stage. After winning their first two games against Tonga and Samoa, the loss was heart-rending. Worse was that the Cooks have not played since.

“I think it’s disappointing for the playing group and of course detrimental to progression, but it’s the reality of the situation for most of these Oceanian Nations,” says then manager Drew Sherman, a Welshman, who is now general manager at Melbourne Victory.

The Cooks can hardly nip anywhere for a friendly. The nearest FIFA member is French Polynesia, some 1,146km away. Sherman accepts that travel is not easy but believes that the lack of games is partly due to the Cook Islands FA. He adds: “Ultimately CIFA as the governing body have to make a decision on whether the investment into playing games is worthwhile and they don’t feel that it is. Overcoming that mindset and trying to raise the level of professionalism was one of the hardest challenges I was faced with.”

Sherman left after the qualifiers and was briefly replaced by Kiwi Kevin Fallon – father of All Whites international Rory – before another Briton, Jess Ibrom, took over as technical director.

Ibrom lived on Rarotonga for 21 months, during which time the male national team did not play a single game. There was success at female junior level with qualification for the semi-finals of the OFC U16 girls’ championship. This, says Ibrom, shows what can be done.

He explains: “We won back-to-back international fixtures for the first time. This was a result of six months of consistent planning and training.

“The senior team needs to play more regular fixtures and make sure they are involved in every up and coming tournament as this will result in greater buy in. Like anywhere it also comes down to the desire of people at that club to drive it forward and keep players interested in the sport.”

Ibrom’s successor Kevin McGreskin arrived in April this year but senior fixtures remain scarce. The male footballers were not entered in this summer’s Pacific Games in Samoa as their FIFA ranking was deemed to low by the national Olympic committee.

The Cooks do have a six team national league, the Round Cup, but the playing base is spread thinly. Most players also play rugby league – the island’s main sport – or, in the case of women, netball.

“There’s not many players here doing a single sport,” says McGreskin, who lives in Rarotonga and is on a two-year contract. “They love the sport and dedicate themselves as best they can but it’s an amateur sport.”

That is not surprising when football offers so few opportunities to play overseas. There are unlikely to be any senior male internationals until the 2022 World Cup qualifiers next year, so McGreskin is taking the national team to New Zealand for a training camp and four matches against Kiwi clubs.

The Scotsman has also launched a global talent trawl to try and find more players. His predecessors did the same and McGreskin is realistic about what he expects to find.

He adds: “Some of the players playing overseas are not professionals and can drift away from football so wouldn’t be competing internationally for us.”

Despite these obstacles the Cooks can compete with the smaller Pacific nations at both international and club level.

Tupapa Maraerenga entered the OFC Champions League in 2012/13 and won their qualifiers against sides from American Samoa, Samoa and Tonga, only to lose 3-1 against New Caledonian champions Mont-Dore in a play-off.

Puaikura became the first Cook side to qualify for the group stages in 2017 and Tupapa Maraerenga emulated this feat in each of the last two seasons, but the step up is sobering.

This year, Tupapa beat both Samoan champions Kiwi and Lotoha’apai United of Tonga 4-1 in the qualifiers, then squeezed past Pago Youth from American Samoa with an 89th minute goal from Harlem Simiona.

In Group D, Tupapa were crushed 10-1 by both Solomon Warriors and New Caledonia’s Magenta then collapsed to a 15-0 hammering to Auckland City.

McGreskin believes greater exposure abroad can raise standards and the Nations League will be important.

Details are still sketchy but the plan is part of a new OFC strategy covering 2019-2026 to strengthen national sides in the run-up to the 2026 World Cup, when Oceania will have one guaranteed slot and another chance through a play-off.

All 11 OFC members are also expected to have club licencing in place by 2022. The OFC’s plans are ambitious and will be a challenge for CIFA but McGreskin says: “It’s a great idea to raise the profile and competitiveness of the region. The higher standard people can aspire to the better. They will go back and tell people about the experiences they have had overseas and inspire younger people.”

And through the inspiration, football in the Cooks can grow.