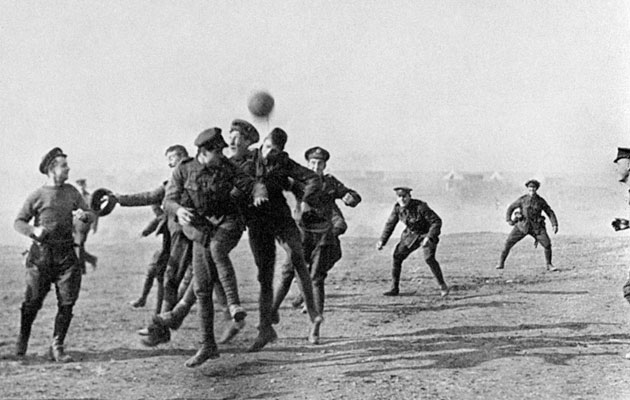 When Didier Deschamps lifted the World Cup aloft in 1998, many England fans felt a deep sense of ‘what might have been’.

England (certainly by recent standards at the time) had a decent side, a competent and tactically-astute coach in Glenn Hoddle, and barring a disallowed Sol Campbell goal and David Beckham’s sending-off, it could maybe, just maybe, have been us.

Beyond the magnificent Zinedine Zidane, France were a solid yet workmanlike team that found no place in their squad for the maverick talents of Eric Cantona or David Ginola, and possessed possibly the most anonymous centre forward in World Cup winning history in Stephane Guivarc’h.

Following the victory, many pundits paid tribute to the French model of assimilating immigrants (which subsequently proved to be flawed, as the regular riots in the banlieues, and the rise of the far right National Front have proved) with the squad comprising of a number players of North and West African origin.

The French football academy system was also lauded (rightly so, it still ranks amongst the best in Europe) as was the fact that France had a cosmopolitan group of players who had no issues about playing abroad in Europe’s best leagues (English players, please take note).

Whilst we English licked our wounds and tried, in vain, to rebuild for Euro 2000, we could take a small amount of solace.  The development of football in France, culminating in the World Cup victory, was due in no small part to those British troops who left these shores to fight in the Great War, one hundred years ago.

The impact World War I had on France and on the development of French football is hugely significant.  1,393,000 Frenchmen died on the front – almost double the number of British troops, and six times more than the number of French troops who died in World War II.

The carnage of World War One and the desire to humiliate Germany are seen as key factors in the rise of Nazism in the 1930s and France’s subsequent collaboration with Germany during World War II.  The northern regions of France lived with the trauma and the legacy of World War I for decades.

Even travelling through the area today, you are struck by a sense of respect and nostalgia, with the cemeteries and the replica souvenirs.  When recollecting his childhood, French film director, Christian Carion talks of the ritual of ‘clearing his father’s field of shrapnel every autumn’.

In this macabre period of our history, there existed however a (very small) silver lining; 1914-18 was a defining moment in the history and development on French football, which until then had been barely visible.

Football had first been introduced to France in the 1870’s by upper-class English travellers, but beyond a small number of the landed gentry, teh game hadn’t taken off. A few clubs had been formed in areas frequented by British travellers such as Racing Club de Roubaix in 1898. The French historian Michel Merkel states that ‘football was treated with suspicion…it was linked to the bourgeoisie and catholic right’, two groups that were mistrusted and seemed to contradict the ‘republican’ values fostered during the French Revolution.

In a predominantly agricultural country, heavily regionalised, with little dissemination of national news or new trends, coupled with people working long hours on the land, the notion of sport, or indeed leisure was relatively unknown.  In the areas of higher exposure to sport, relatively speaking, such as Paris and some urban areas in Northern and South Western France, cycling was emerging as France’s most popular sport.

French Football had been struggling, in all senses of the word.  In 1906 France had taken on England in the two countries’ first ever international…and lost 15-0. England even deliberately missed a penalty as they wanted all the goals to come from open play (the tradition of missing penalties is one we now take into every major international tournament). Match reports claim that French team were gripped by disunity, with players from the capital, Paris, refusing to pass to their provincial team mates.

While football in France had little exposure, investment or organisation, England, in contrast, had an established Football League, and over 121,000 had attended the 1913 FA Cup Final between Aston Villa and Sunderland, at Crystal Palace.

Football had also been ingrained in Britain’s war effort, with the FA’s stance of maintaining the Football League to keep public morale, being widely criticised.  None other than Sir Arthur Conan Doyle appealed for footballers to join the list of conscripts, stating that ‘if a footballer had strength of limb, let them serve and march in the field of battle’. The appeal was heeded, and by March 2015, 122 footballers had joined the 17th Middlesex Battalion, better known as the Footballers’ Battalion, including the entire Clapton Orient team.

During the Great War, French troops were stationed alongside their British allies across Northern France, and were therefore quickly introduced to the joys of Association Football.  Sport and football was integral to the way the British army operated – seen to promote the values of pride, discipline and organisation – as demonstrated by the British Army Cup having been inaugurated as early as 1888.

In and around Boulogne, tournaments were regularly arranged, with a reported sixty British and French teams playing against each other between September 1915 and winter 1918.  British troops also regularly organised tournaments and competitions amongst themselves, to which the local French population was invited – increasing exposure to football and to sport in general.

As a consequence of these activities, formal tournaments were organised, with the ‘Entente Cordiale Cup’ and later the ‘Coupe des Alliées’ being set up, with teams of British and French troops challenging each other.  Prizes were sometimes offered, which included food, ‘beverages’ and cigarettes.

Those managing the French war effort quickly realised the value of football in that it increased fitness, concentration, camaraderie, discipline and morale, and also reduced the (very real) risk of mutiny.  Football provided soldiers with a temporary escape from the horrors of the trenches and also kept them away from the vices of wine and prostitution.

In September 1917 the French War Ministry even passed a directive, ordering footballs to be sent to the front. But perhaps the most famous wartime event took place on Christmas Day 1914, when a temporary truce led to British troops playing a match against their German counterparts – a hugely poignant moment which has since been made into a film.

As for France, the First World War led to football finally reaching the masses.  65% of the French army were from the agricultural or urban working classes, a tranche of society that had previously had limited exposure to sport.

France wasted no time in implementing organised competitions – the first edition of the French Cup took place before the war had officially ended,  in May 1918 (Olympique Pantin defeating Olympique Lyonnais).  The following year the French Football Federation was set up, and the first national Championship was held in 1920.

France rapidly exerted an influence over the world game, with Jules Rimet (who served in the French army as an officer during World War I) becoming Head of FIFA in 1921, and emerging as the key figure in the development of the first World Cup, nine-years later.

There’s no doubt that like us all, French football owes a huge debt of gratitude to the British (and French) servicemen who fought in the First World War.  Let’s make sure we remember and honour football’s true heroes – those who fought in the trenches of World War I. Lest we Forget.