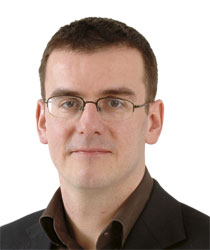 At the 2014 World Cup draw in Rio de Janeiro this Saturday, Sepp Blatter will find it hard to resist the opportunity to take centre stage. The FIFA president loves the spotlight, especially when there are celebs to rub shoulders with.

However, the world’s media will not be interested in who Blatter has been hanging out with in Rio. There are far more important matters to quiz Blatter on. The FIFA president has kept a low profile since Mohamed Bin Hammam was banned from football for life last week after being found guilty of bribery by the FIFA ethics committee. But he can’t dodge the issue for much longer.

Lots of other people have had their say. First up was Bin Hammam himself, who called Blatter a dictator and vowed to fight the decision.

Chuck Blazer, the whistle blower who shopped his old pal Jack Warner as well as Bin Hammam, welcomed the decision, calling it “a very good day for football”.

Warner threatened more trouble for FIFA, warning: “This whole scenario hasn’t played out as yet, it isn’t even half way there. Just wait and see.”

In Europe, Karl-Heinz Rummenigge, the chair of the European Club Association, weighed in with his contribution, attacking FIFA as “a money machine” obsessed with making profits from the World Cup.

But from Blatter, nothing. However, if the FIFA president thinks he has contained this crisis, he needs to think again.

Bin Hammam’s comments in the aftermath of the verdict suggest he will not go quietly. He plans to appeal, if necessary to the Swiss courts and the Court of Arbitration for Sport.

Petrus Damaseb, the chair of FIFA’s ethics committee, hinted that further action could be taken against those who received bribes from Bin Hammam and Jack Warner, as well as FIFA officials who accompanied Bin Hammam on his ill-fated trip to Trinidad.

“The evidence laid before us shows there are other people that need to explain certain things that took place that must be further investigated,” said Damaseb.

In the last 24 hours, the ethics committee has called on the Caribbean Football Union members who allegedly received cash from Bin Hammam at the meeting in Trinidad to explain their action.

So there’s plenty more mileage in this story. It’s going to be fascinating to see how Blatter handles matters this weekend – with the eyes of the world on FIFA in Rio.