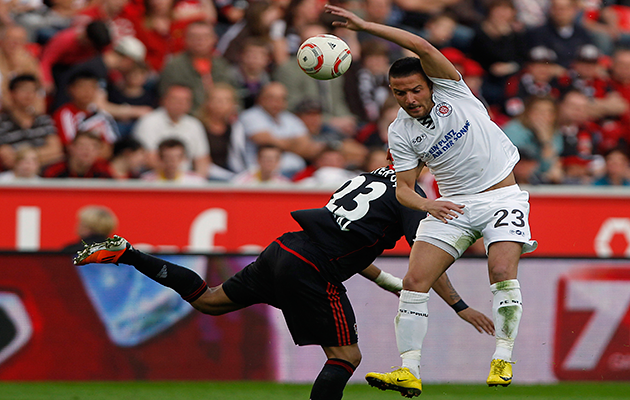 The charges relate to a message he posted on Facebook after scoring the winning goal for his club Amed SK, in a match in January. He dedicated the team’s victory to victims of the Kurdish conflict, which appears to be enough to merit the charge in President Erdogan’s Turkey.

If found guilty he could go to jail for up to five years. He is also currently serving a 12-match ban.

Naki previously played for German clubs St Pauli and Paderborn, and was selected for the German under-21 squad and in 2008 was a member of Germany’s victorious U19 European Championship team. He moved to Turkey in 2013. 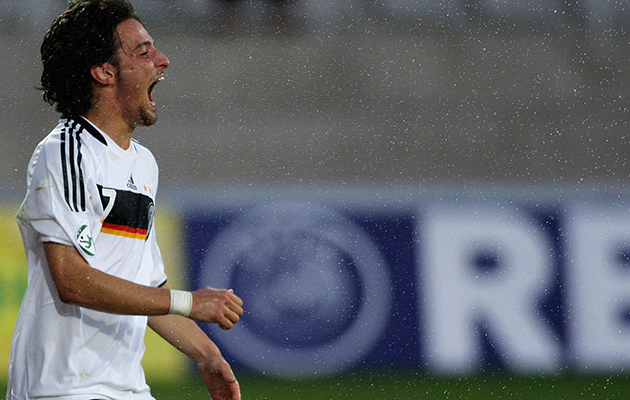 Naki celebrates after Germany defeat Italy in the U19 European Championship final match in 2008.

The 27-year-old, says his Facebook post was intended as a message of peace. His trial is taking place in Diyarbakir, a mainly Kurdish city where Amed SK is based.

Naki has the Kurdish word for freedom – “azadi” – tattooed on one arm.

Turkish forces have been battling PKK rebels in eastern Turkey since a ceasefire broke down in July 2015.