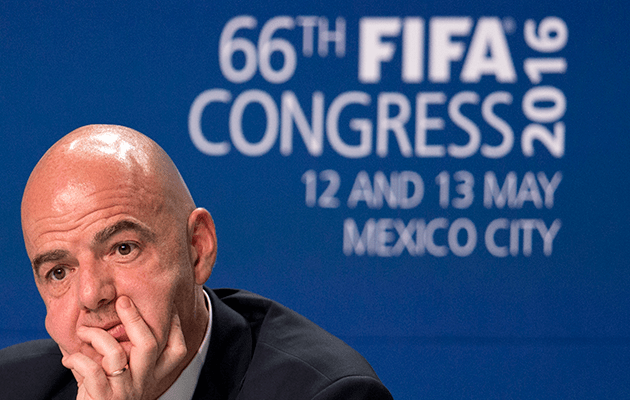 Gianni Infantino has started down the virtually impossible task of trying to redeem the PR disaster into which FIFA’s president condemned the world football federation here in Mexico City on a black Friday the 13th.

An apparently anodyne regulatory change smuggled through Congress without debate wiped away the guaranteed independence of the judicial committees which has been a crucial feature of the stop-start reform programme. 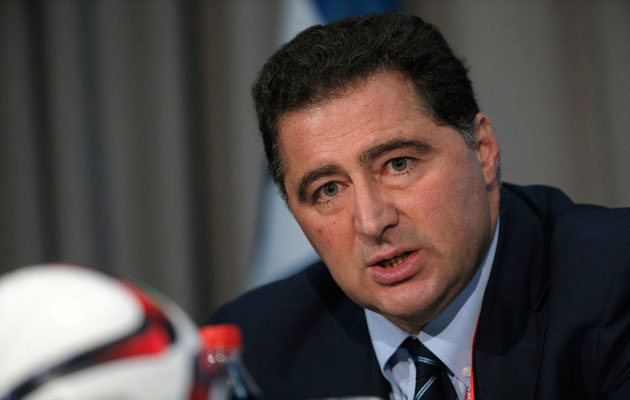 The move prompted the resignation of audit and compliance chairman Domenico Scala and gifted FIFA critics, even those who had grudgingly reined in scepticism since Infantino’s election in February, apparent evidence that the reform programme was dead in the water.

Infantino, in a news conference after congress, defended the manoeuvre as a simple administrative step whose effectiveness should be judged over time. But destroying the independence of the ethics chamber – responsible for the unprecedented bans of Sepp Blatter and Michel Platini while still presidents of FIFA and UEFA – was a step far too far.

As a media storm showing little sign of abating FIFA issued a press release which bore all the hallmarks of an attempt by Infantino to rescue his presidency and the federation from a crisis entirely of his own, unnecessary making.

The statement boasted of the “great strides” undertaken in appointing a new secretary-general in United Nations co-ordinator Fatma Soumara and in the expansion of development investment.

It then turned to the regulatory controversy, stating that the anti-independence clause was undertaken “on an interim basis” only.

This was mere semantics. In fact “interim” means a full year because, as before, the terms of appointments and sackings from the judicial committees had been an issue for annual congress alone. Now Infantino’s council holds hire-and-fire powers on a day-to-day basis.

Once again it appears that neither Infantino, nor his FIFA Council, still grasp the continuing worldwide lack of trust in sports governing bodies and the low esteem in which they and their officials are held by the public at large.

The one hope is that the outcry over the blunder will provide an unofficial guarantee of independence to men such as ethics judge Hans-Joachim Eckert and investigating prosecutor Cornel Borbely . . . at least until Infantino and whoever has been advising him restore something like the status quo at next year’s Kuala Lumpur Congress.

Finally, the statement descended into an attempt at personal tit-for-tat point-scoring with a whinge about a statement by one-time reform guru Mark Pieth that a row over Infantino’s salary was one of the causes of the fall-out between the president and Scala.

Far more important governance and reputational issues are at stake.