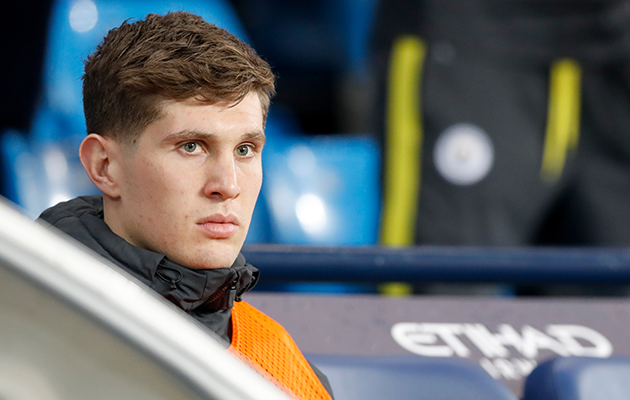 And what of John Stones? Twenty two years-old, supposedly the best young English ball playing centre back of the moment, but relegated to the bench by Manchester City’s illustrious coach, Pep Guardiola, himself recognised as a committed believer from playing out from the back.

Certainly on recent evidence, not least the victory over Arsenal at home, City, for all their sporadic brilliance in attack are anything but solid, let alone creative in their centre-back positions. Stones didn’t get a minute of that game, nor of City’s game before. Yet he has England caps and you would have thought could prove ideal for Guardiola’s ambitious but far from wholly convincing tactics, however impressive they may have been, above all Barcelona, but also at Bayern Munich to a lesser degree.

True Stones, for all his undoubted ability, has an expensive tendency to make the odd, costly error, carelessly losing the ball in dangerous defensive positions. The best so-called footballing centre halves don’t have that tendency. One’s mind goes back to Neil Franklin of Stoke City. In the 1940s he was the acme of cultured versatility, seldom making an error for Stoke or England, ultimately and indelibly blotting copybook before the 1950 World Cup finals in Brazil. He bowed out of them, lying to the FA that his wife was expecting a baby. In fact, he and the Stoke City outside-right, George Mountford, flew out surreptitiously to Bogota, Colombia, then outside of Fifa, to sign for £50 a week – big money, then – for the Santa Fe club.

Both were home before long, though Stoke didn’t want Franklin back, nor did England, and ended up playing in the lower divisions for Hull City. His chief rival at the time, though one who never replaced him, was the Derby County centre-half, Leon Leuty, a strong elegant player who had helped his club win the first post-war FA Cup final against Charlton. But Leuty, a ball player beyond doubt, was unlike Franklin, known for giving second chances. I remember as a schoolboy sitting next to him at an exhibition in Earls Court, though all I can recall him saying, to a team-mate sat beside him, was, “I’ve got a bloody stomach ache.” Though I do not know if this was a precursor of his sadly early death.