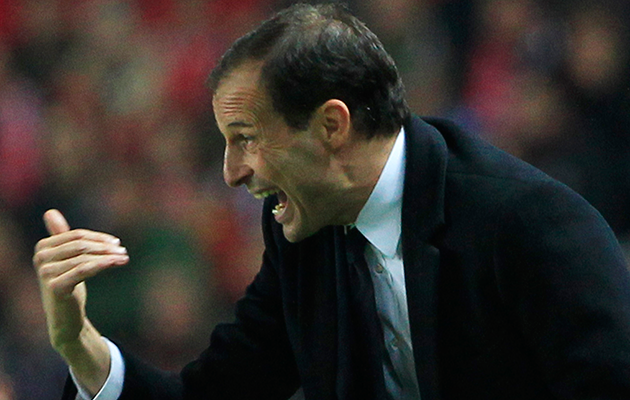 The countdown to the 2022 World Cup in Qatar takes on an Italian flavour next Friday when, for the second time in the last two years, the Italian SuperCoppa Final will be played in Doha, capital of Qatar. Champions Juventus meet Italian Cup runners-up Milan in a game which obviously owes its location to economic and political considerations.

In the long countdown to a controversial 2022 World Cup on which Qatar may be willing to splash out as much as $200 billion dollars, the staging of top level games obviously helps preparations, a point underlined by Qatar FA general secretary, Mansoor al-Ansari, last month:

“It will be terrific for us to organise this game between Juventus and Milan, two of the world’s best known teams, and it will be useful for us in the run-in to Qatar 2022”.

Given the globalised world of modern football, this will be the ninth time that the Italian Super Cup has taken to the road – since 1993 and in chronological order, Washington, Tripoli, New York, Beijing, Doha and Shanghai have all played host to this final.

It is hard to predict just how these two sides will approach this game. On the one hand, it smacks of a promotional, All Stars game in which the result simply does not impact on your Champions League or Serie A campaigns. On top of that, this is an end of term, school-is-out-tomorrow game which comes before Italian soccer takes its annual Christmas/New Year break, returning for the first fixture list of 2017 on the Epiphany, January 6th.

On the other hand, no one who watched the champions defeat second placed team, Roma, 1-0 in their top of the table clash at the Juventus Stadium last Saturday night would argue that the Old Lady will take this tie lightly. As he walked back to the dressing room after a win which leaves his side seven points clear of Roma, coach Massimiliano Allegri, rather than looking pleased with another vital result, looked like a man whose side had just lost, after conceding a 94th minute goal.

Speaking afterwards, Allegri said that his anger had been prompted by the fact that, with the score on 1-0, his side had been too casual in its administration of possession, affording Roma the chance of a late, undeserved equaliser. That was probably true but the point is that, after yet another big match in which the Old Lady was simply physically and mentally superior to her rivals, Allegri was still not entirely satisfied. Or rather, he wanted to be seen to be not entirely satisfied so as to keep his squad on their toes. For that reason, we suspect that Allegri will take the Super Cup very seriously indeed.

For the second consecutive game, Saturday night’s win saw a certain Higuain, Gonzalo score yet another “heavy” goal. Against Napoli at the end of October, against an ultra-combative Torino ten days ago and against Roma, Higuain did his €90 million euro job. Asked this week, on the eve of the Super Cup final, if there was any Milan player he would like on his team, Higuain gave “Gazzetta Dello Sport” a significant answer:

“I don’t want any player from any team. I am more than happy with these team mates and, game after game, I become ever more convinced…”

Juventus have now put themselves into the dominant position of being able to head off to the Persian Gulf, missing out the final mid-week programme of the year, without running any risk of being overtaken. At worst, Juve could find themselves starting the New Year “only” four points clear and with a game in hand, that is if Roma beat Chievo on Thursday.

As we head into the New Year, one gets the distinct impression that the Old Lady is just beginning to warm the engines. At this stage, you would be tempted to argue that only an exhausting Champions League campaign or an ongoing Napoli revival stand between Juventus and a historic, sixth consecutive league title.

In their last three games, third placed Napoli have recorded resounding wins, beating Inter 3-0, Cagliari 5-0 and Torino 5-3, and all that without a central striker worthy of the label. Even if Torino on Sunday were still feeling the painful after-effects of their 2-1 derby loss to Juventus ten days ago, this was still another pyro-technic performance from a Napoli side which played some excellent football and in which pocket battleship, Belgian Dries Mertens scored four goals. What will Napoli achieve if and when they find themselves a new central striker during the January transfer window?

As for Juve’s opponents in Doha, suffice to say that Milan could do no better than 0-0 in a lively home clash with Atalanta, one of this autumn’s in form sides. Milan will argue that they probably deserved to win the game, having hit the post late in the first half through defender Diego Antonelli. Yet, nonetheless, this was hardly a performance to set them up for a resounding finale to 2016 in Doha on Friday.

Final thought goes to Lazio, perhaps flattered in a 3-1 home win over Fiorentina on Sunday night but a side which has shown top of the table form this autumn, notwithstanding a probably undeserved 2-0 loss to Roma in the city derby at the beginning of the month. For the record, Lazio are now in fourth place, eight points behind Juventus, having climbed past Milan thanks to the defeat of Fiorentina who have dropped to eighth place. Lazio’s final game of 2016, away to Inter on Wednesday, could reveal a lot about the New Year that lies in store for both clubs.