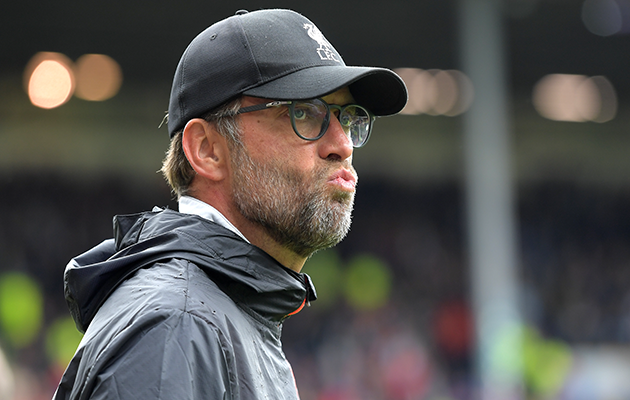 Jürgen Klopp has voiced his displeasure at Liverpool’s new year fixture schedule and claimed the demands of playing two Premier League fixtures within the space of 46 hours sheds some light on why England fail at international tournaments.

Klopp was named Premier League manager of the month for September but the gloss was immediately taken off that accolade when he was informed of Liverool’s fixture list over the festive period. Klopp’s team face Manchester City At Anfield on New Year’s Eve at 5.30pm, while they will then face Sunderland at 3pm on 2 January, 45 and a half hours later.

Asked for his reaction to winning the manager of the month award for the first time, Klopp replied: “Now I have seen the fixtures I am not too happy. We have less than 48 hours between our game against Man City on December 31 and in Sunderland on the 2nd. Forty-eight hours is an interesting idea but less than 48 hours I cannot believe.

“I learn more and more about this league and maybe I have to ask someone if we can ask if there will be another time for us at Sunderland.”

“Our job is to do everything we can to win games,” the Liverpool manager added. “I understand tradition – I would never say Boxing Day is not a good idea as I love it and I have absolutely no problem. But now having a match day with two days between there should be another possibility. I don’t know why we play Monday. Is January 2 a special day in England?

“Forty-eight hours between two games – how does this work? And then you will sit there and say ‘You didn’t perform too well, how did this happen?’ or ‘Injuries. Oh?’ and then this Dutch guy says ‘The training is not too good’. How do you prepare a team for this? Do you say ‘Only 50% against City because we have Sunderland on Monday’. It doesn’t sound like it is right.

“Everyone is asking: ‘Why is England not too successful in big tournaments?’ Ask what other big countries are doing at this time of year – they have their legs on the sofa and are watching English football.”