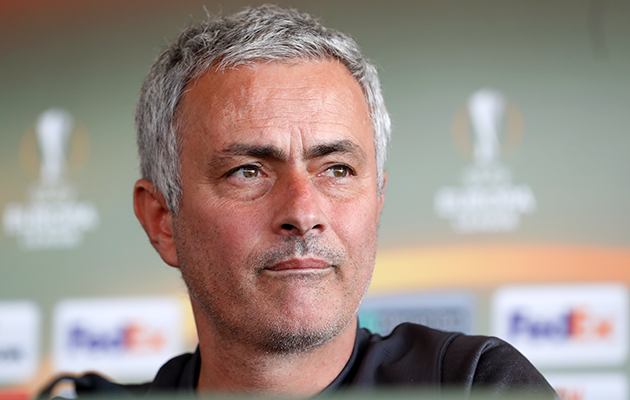 José Mourinho has described his current living arrangements as a “disaster” as he looks ahead to tonight’s Manchester derby.

The United manager, who watched on helplessly as his side were thrashed 4-0 at Chelsea on Sunday, is living in a suite at Manchester’s Lowry Hotel with his family still residing in London.

And the Portuguese hinted at his unhappiness during an interview with Sky Sports.

Mourinho is looking to buy his own apartment, but is known to be increasingly frustrated and unhappy about being so far from his wife, Tami, and children Matilde and Jose Jnr, who have remained in London.

Mourinho, who was speaking ahead of Wednesday’s EFL Cup fourth-round tie with City at Old Trafford, said: “For me it’s a bit of a disaster because I want sometimes to walk a little bit and I can’t. I just want to cross the bridge and go for a restaurant. I can’t, so it is really bad. Buy a house? I do not know, I do not know. The reality is that my daughter will be 20 next week, my son will be 17 in a couple of months.

“They are very stable. University in London. Football in London. Friends. So they are in an age where they can’t chase me like they did before. So for the first time the family lives in a different way. We try to feel it, we try to see the evolution of our feelings and see how we cope with the situation.

“But I have my apps and I can ask for food to also be delivered, which I do sometimes. You know the history of the paparazzi, for the hotel and the brand that sponsors me, the clothes brand, is amazing because they are there every day.