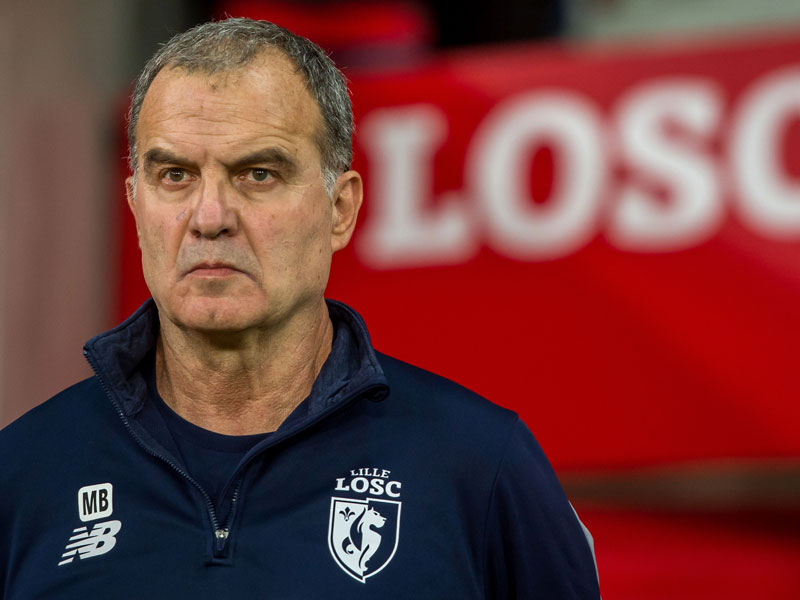 There will be a Premier League feel about Elland Road this Sunday.

The visitors are Stoke City, who spent the last decade in the top flight of the English game.  And wandering about, squatting down and giving his own show on the touchline will be one of the most respected coaches in the world, Argentina’s fascinating Marcelo Bielsa, in his first competitive match in charge of Leeds United.

Bielsa has inspired a thousand careers – he was one of the few people that Pep Guardiola consulted before launching himself into coaching. Now can he inspire the Leeds bid to return to the Premier League?

Few things in football could be as intriguing as the Bielsa brand of eccentricity making its way to England.  He will surely be fascinated with the atmosphere in the stadiums, the commitment to the cause and the depth of the English football pyramid.  Other things, such as the tabloid journalism tradition, may prove more puzzling.

It is an extraordinary coup for Leeds to tempt a coach of such renown – and events in south Yorkshire will now be avidly followed in Argentina and Chile, in Bilbao and in Marseilles, where Bielsa has previously fashioned such exciting teams.

But two question marks loom over this adventure.

Firstly, has it come too late? Now 63, Bielsa has not enjoyed much success since the first half of the 2014/5 season with Marseilles.  He is the high priest of the high press, then man who set out more than 25 years ago to strangle the opposition in their half of the field, throwing both full backs forward at the same time in a constant quest to create two against one situations down the flanks and get behind the rival defence.

The game is in constant evolution. It may be the case that what was revolutionary two decades ago has subsequently been incorporated into the mainstream. True, very few teams press with the relentless intensity of a Bielsa outfit.  But many have added the high press to their armoury, and during the course of a game they can alternate it with more conventional forms of defending.

The second question mark concerns the length of the season.  His league titles in Argentina (with Newell’s Old Boys and Velez Sarsfield) came under the short campaign format, where 20 teams were playing each other once. The Bielsa style makes massive physical demands on the players. With both Bilbao and Marseilles, the players appeared to run out of steam in the second half of the season.  And the Championship is a long, gruelling battle, with 24 clubs facing each other home and away – plus the possibility of play-offs.  Will Leeds be able to last the season?

It could be a glorious success. It may all end in disappointment. But with Marcelo Bielsa at the helm, Leeds United’s 2018/9 season is unlikely to be mediocre.

[collection name=”small” accordion=”mobile” excerpt=8]
With the end of the World Cup we turn our attention to domestic football. Stay up to date with all the news and transfers by clicking on the highlighted links.
Don’t forget to follow World Soccer on Facebook and Twitter.