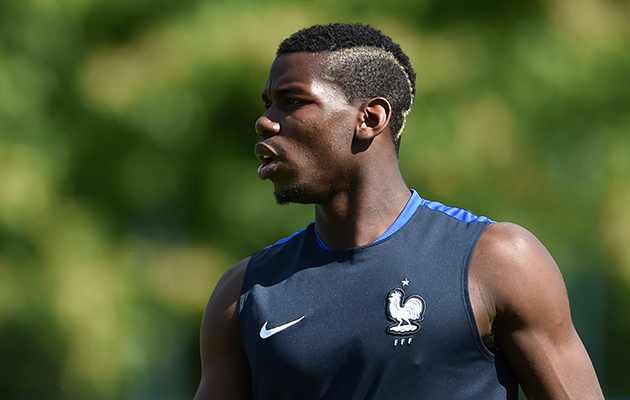 Paul Pogba is preparing to make his first appearance for Manchester United since signing for a world record £92.5m transfer fee against Southampton on Friday night at Old Trafford, and says he expects a more physical challenge than the one he experienced in Italy.

Pogba has played in the Premier League in his previous spell with United, making three subsitute appearances before leaving to join Juventus in 2012.

Pogba acknowledges he is a different footballer now and the Premier League has also evolved.

Asked how he might adapt to the demands of the Premier League, the Frenchman said: “I will see in my first game, my first feelings. I know that you have more space than in Italy so I’ll just try to find the space to run – without the ball too. And with the ball it’s more physical so you have to kick players.

“The referee will just say: ‘Play on.’ I remember some things. We will see the first feelings. I’m ready to play everywhere in the midfield and I’ll just follow the coach where he tells me to play.”

Pogba departed for Juventus because United were unwilling to match his wage demands, but Pogba says that is all now water under the bridge and he is delighted to back with the club.

“I just play football, I’m happy to play football. I don’t think about all this [transfer fee] because it’s already happened. It’s behind me.”

Pogba also said he was fit to start, though United manager José Mourinho has suggested he may not play all of the game.

Mourinho also cautioned against expecting too much from a player who is making his full debut for United.