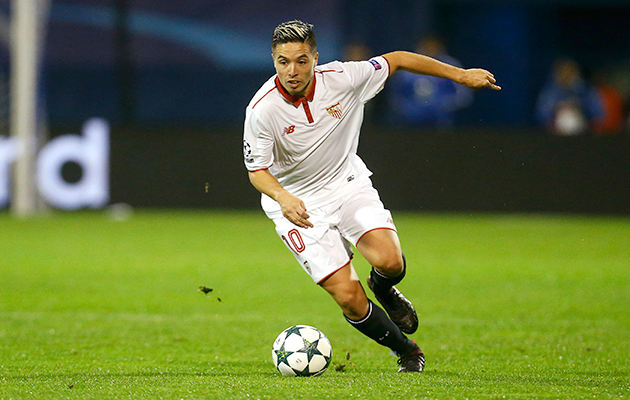 Nasri, who joined Sevilla on a season long-loan last summer, says that Guardiola was convinced that players from his former clubs, Barcelona and Bayern Munich, benefited from the stringent rules which he now uses at the Etihad.

“[Sexual] Relations must be before midnight. Even if you have a free day the following day,” Nasri told L’Equipe du Soir. “He told us this is how he managed to get the best out of [Lionel] Messi and [Robert] Lewandowski, and for them to avoid the maximum number of muscular injuries. It’s so you can get a good night’s sleep.”

The former France midfielder also revealed that he was called a “waste” by Guardiola, yet is still glad he worked under the Spaniard – albeit briefly.

“I’ve been very lucky, I’ve had a mix of coaches this year,” he added. “I did the preseason with Guardiola and he made me realize a few things.”

Nasri insisted that Guardiola had wanted him to remain at City even though he could offer him no guarantee of regular football.

He said: “He told me: ‘You’re a waste! With the talent you have, you shouldn’t be here at Manchester City, you should be at Barcelona.

“I had several arguments with him and I had my doubts at the beginning, but in the end, I realised that he is a coach of the highest level. He made me reflect.”

After returning to pre-season training overweight, Guardiola did not play him in the first four games and made him train on his own.

“When I arrived Guardiola told me that my weight should be 76kg,” the 29-year-old said. “I had not weighed that since my time playing for Marseille because in the Premier League, there is always a plan to gain more muscle. He wants slim and physical players. I arrived with four more kilograms and with Guardiola, if you are overweight by more than 2.5kg, you cannot train with the team. I had to train on my own.”