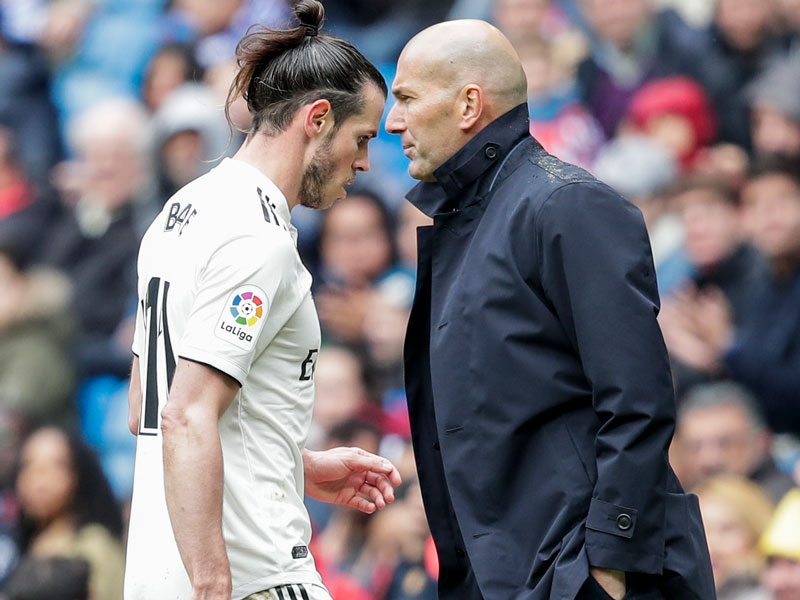 Brian Glanville: Something Personal Between Zidane And Bale?

Zinedine Zidane has been doing some strange things at Real Madrid, none stranger than his treatment of the Welsh international attacker Gareth Bale. It is tempting to believe that something personal, even subjective, is involved with the Spanish club’s readiness to dispense with a player who has so recently shown how effective he can be.

In Washington for a pre-season friendly, Bale was on the bench. When he moved towards the tunnel it was to enthusiastic applause from the American crowd. He proceeded after coming on for the second half to give them a vigorously effective response. Not only did he score himself and twice threaten other goals, he even cleared from his own goalmouth to prevent opponents Arsenal from scoring.

His lively display became all the more significant when Marco Asensio, who fills the same role in attack, was being treated for knee ligament damage which will plainly put him out for many weeks to come.

But even after such a performance, even in the knowledge that the equally left-footed Marco Asensio cannot be available for many long weeks, Zidane would give no quarter. “Nothing has changed,” he said. “You know the situation.”

Arguably it is one of self-defeating obstinacy. Nothing personal? One suspects there might well be. Cutting off your nose to spite your face seems a possibly relevant adage here.

The watershed came in 2016. Rafa Benitez, who had used Bale where he best likes it, that it is to say through the middle, was dismissed and succeeded by Zidane. The player’s only sin, if it could be called such, at least in the eyes of his team-mates, was his passion for golf. Which hardly seemed to impinge on his largely effective form.

This is a player still in exuberant form and he will surely missed by his Spanish club if he moves on. Replacing him looks as if it will be a difficult and expensive business.

In last season’s play-offs, the internationally experienced Marcelo Bielsa’s Leeds United were defeated by Derby County. And now? Bielsa has been angered by the criticism that his exacting physical style wears out his players in the ultimate stages. But it is true that the club’s form deteriorated in the final phases of last season. But somewhat ominously Bielsa’s clubs have largely fallen away in form in the latter phases of their season. Strongly though he denies this.