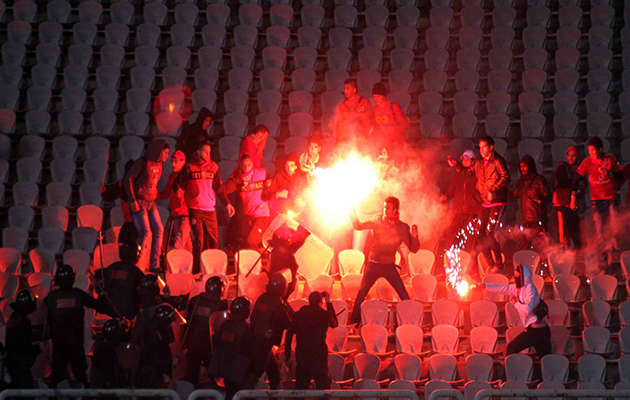 Egypt’s top court has upheld death sentences for 10 men for their role in Egypt’s worst violence at a football stadium, in which more than 70 fans were killed in February 2012.

Many of the dead were crushed when Al Ahly fans tried to flee the Port Said stadium after a post-match pitch invasion by supporters of the local side al-Masry. Others were stabbed or were thrown from terraces, witnesses said at the time.

The verdict, which also upheld a lower court’s sentencing of 10 men to 15 years in jail, 14 men to 10 years, and 15 men to five years, cannot be appealed. The charges included murder and attempted murder.

Among those who received a five-year sentence was the former Port Said police chief.

Although football violence is not uncommon at matches in Egypt, the Port Said trouble was linked to the political unrest that has beset the country since the overthrow of former leader Hosni Mubarak in 2011. Supporters, particularly those of the Cairo-based Al Ahly, were heavily involved in the initial street protests at Tahir Square that were regarded as the catalyst for the removal of President Mubarak.

Since the incident Egypt has restricted the number of people allowed to attend matches and supporters have often tried to storm stadiums they are banned from entering – occasionally with fatal consequences. In February 2015, at least 22 people were killed outside an stadium when security forces barred fans from entering.

Fan clubs known as “Ultras” were outlawed in May 2015.