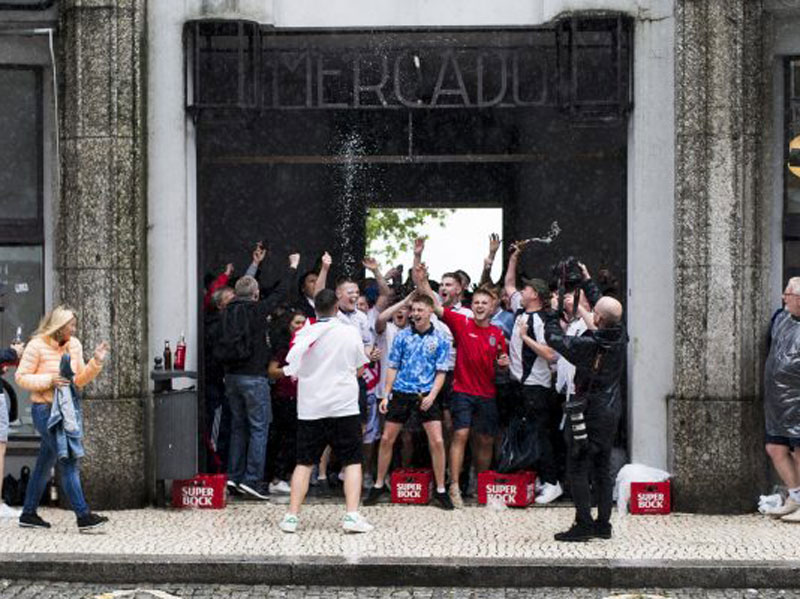 England’s hooligan element, as one might call them, were sadly in evidence in Lisbon last week, destructive and irresponsible as ever. There is no hope of rationally appealing to them. Irrational is as irrational does. But why should they be inflicted on any foreign city?

There has been some odd talk about withdrawing the England team from foreign matches but surely the far more sensible remedy, however extreme, is to place a ban on travelling fans, unfair though it would inevitably be on the decently behaved minority.

As for the England team itself, it was seriously brought down to earth when, slightly below strength, thanks to the arguably excessive caution of Southgate – exemplified by the opposition – of omitting key Liverpool players from the initial game, it looks competent rather than exceptional.

There were serious defensive lapses in the loss against Holland, who also looked a good deal more creative and effective in midfield. A team with no equivalent to Portugal’s irrepressibly gifted Ronaldo in attack.

Southgate’s choices didn’t wholly make sense. Where he was richly rewarded when it came to the second game was the exuberant and adventurous display as an attacking right-back of Trent Alexander-Arnold, who made a manifest difference not only in defence but in attack when he was brought in.

Quite what could have been expected from Fabian Delph in midfield was obscure but the defence looked substantially stronger than in the first game, when the choice at centre-back of John Stones made no more sense in practice than it appeared to in prospect. This is a player who could not find a first-team place with his club and whose tendency to over-rate his prowess on the ball was, not for the first time, disastrous.

To be fair England arguably deserved to win the game with that late goal, so controversially disallowed on a VAR decision. But it is hardly Southgate’s fault if there is no truly creative midfield player in sight. At least Joe Gomez has settled down into a very solid performer in central defence. Southgate can hardly be expected to invent the playmaker which the team so palpably lacks. Where you see them in the Premiership they all tend to be foreign. Ruben Loftus-Cheek seems with his skills and power to be the best even the solitary bet, but alas he is out of the game injured.

Still, there are some good young wingers coming through such as Chelsea’s Hudson-Odoi, who would like to play in Munich, and Jadon Sancho, who is in fact playing in the Bundesliga already.