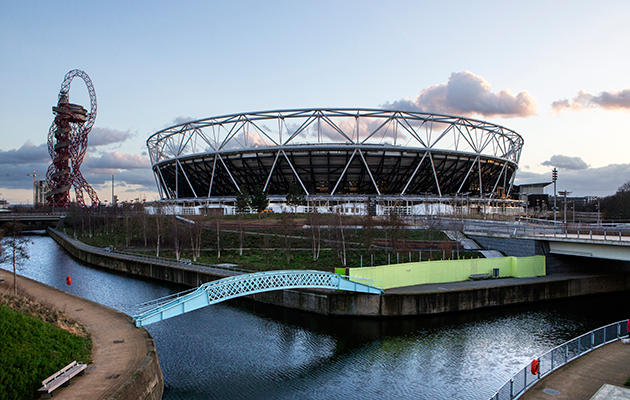 West Ham’s London Stadium should be knocked down and rebuilt as a purpose-built football venue, says an expert in stadium design.

Paul Fletcher, who has built or been involved in the design of more than 30 new grounds, says the stadium should always have been designed as a football venue with temporary provision made for the 2012 London Olympics.

He says fans are too far from the pitch at a ground beset by problems since West Ham became the permanent tenants this summer.

“Either we go on as we are for the next 30 or 40 years or we knock it down and start again,” Fletcher told the BBC.

“Something has to give. If you want to satisfy spectators the only way to get those spectators near that pitch is to knock it down and start again.

Fletcher said he was asked about the development of an Olympic stadium as far back as 2000.

“I said what you must do is design a football stadium that converts to an athletics stadium for two weeks of its lifetime,” he said.

“When I build my football stadiums, my number one concern is the spectator.

“What they’ve done is tried to convert an athletics stadium into a football pitch and, in my opinion, it doesn’t work.

“The building was almost built when they started to talk to West Ham.

“Everyone in those days spoke about legacy. The only legacy was going to be as a football stadium and they should have been talking to West Ham and ask them what they want.”

Fletcher’s intervention comes as London Mayor Sadiq Khan has ordered an investigation into a £50m increase in the cost of converting the Stadium.

In 2015, former mayor Boris Johnson said the switch from an Olympics arena to a football stadium would cost £272m, a figure which has now soared almost 20% to £323m.

The investigation will look into associated issues including the cost of moving the retractable seating (up from an estimated £300,000 to £8m).

A spokesperson for the London Mayor said: “The mayor is deeply concerned about the finances of the Olympic Stadium, which have clearly been left in a total and utter mess by the previous administration at City Hall.

“Sadiq has ordered a detailed investigation into the full range of financial issues surrounding the stadium.”

West Ham won the bid to occupy the Olympic Stadium in March 2013 and played their first game there in August 2016, after 112 years at Upton Park. 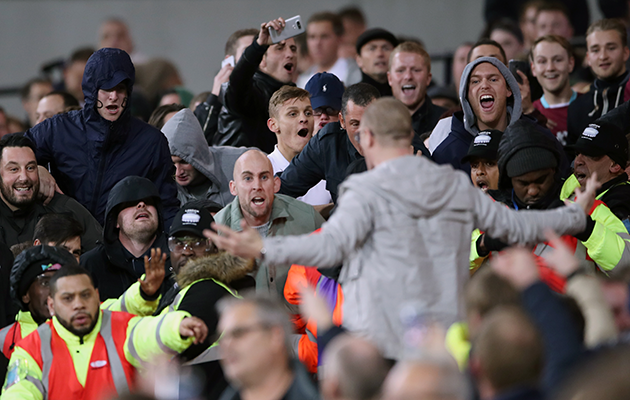 Fans of West Ham and Chelsea confront each other at last week’s EFL Cup tie.

However, their move has been marred by fan controversy over security arrangements culminating in an outbreak of trouble at last week’s EFL Cup tie against Chelsea.