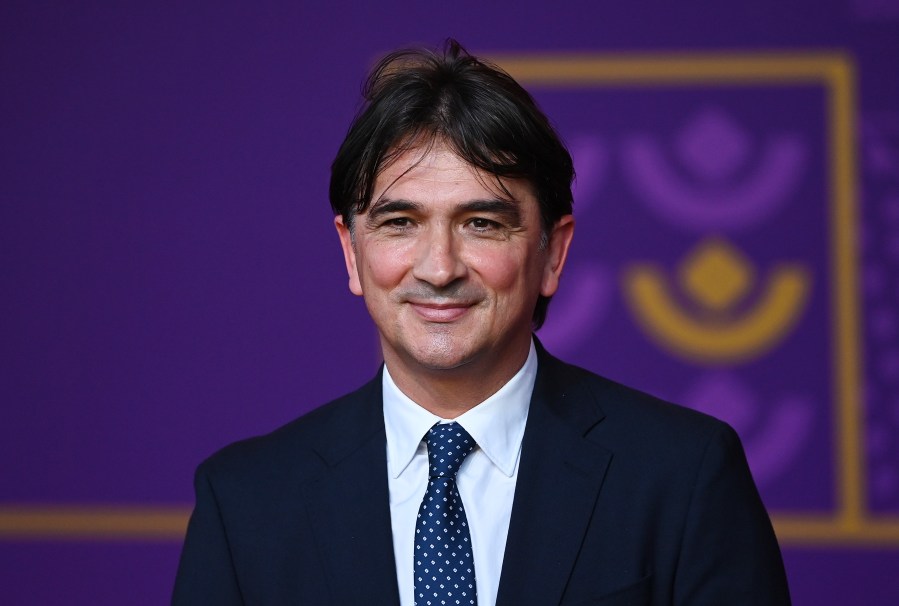 What are your thoughts on your team’s Euro 2020 campaign?

Euro 2020 did not have the usual atmosphere of a major tournament, due to the pandemic. I understand the idea behind the Pan-European concept, but the pandemic made it impossible to enjoy for the fans and the teams. As a head coach, I couldn’t enjoy the tournament – so many worries about COVID rules. Who would be able to play or not? And we had to change our team base camp a week before the tournament… Overall, it was difficult to focus on football.

Considering the circumstances, I think our result was fine – we managed to pass the group stage where we played against two hosts [England and Scotland], and took an excellent Spain team to overtime in a really exciting game. But, we’re a team that feeds on the energy of its fans, and we couldn’t count on that connection due to the pandemic and all the travel rules. And I think that was one of the key differences between Croatia in 2018 and Croatia in 2021.

Luka Modric was going to retire after the European championship but still features. What is the secret to his longevity?

He is unbelievable. Of course, to play at such a high level at his age, you need to be a true professional, to take care of your body, work hard and be careful what you eat. But what sets him apart – besides great  talent, obviously – is his passion for football. He is still like a little kid; even after everything that he has won with Real Madrid and Croatia, he still enjoys competitions as if he were a 15-year-old. After big wins, he is the happiest person in the dressing room. I have never seen that in my career and that’s something you can’t teach – he has that competitive spirit in him and that makes him such a historically great player.

Is he Croatia’s best-ever footballer?

I think there is no doubt that he is our greatest player. Of course, people can have different tastes – somebody enjoys goalscorers, somebody likes dribblers or defenders. But overall, nobody can compare to Luka’s achievements with Real and Croatia. He won five Champions Leagues, became a legend at the greatest club in the world, and captained Croatia to an all-time greatest result in Russia. He has individual accolades as well, winning the Ballon d’Or and FIFA The Best, so there are no real competitors really, with all due respect to great players such as [Davor] Suker, [Zvonimir] Boban or [Robert] Prosinecki.

How does Mateo Kovacic complement Modric in midfield?

Mateo is a fantastic player, with a God-given talent. He also has a great personal relationship with Luka. Great players can always find a way to play together, but obviously, it’s not always easy for Mateo to play alongside Luka, as they play a very similar position and style of football. Moving to Chelsea was a great move for Mateo, he truly grew as a player over the last few years, and we see that in the national team as well. Euro 2020 was his best tournament with the national team and I believe that he will be ready to take the key role once Luka retires from the national team. Obviously, with those two and Brozovic, we have one of the best midfields in the world.

With the retirement of Mario Mandzukic, how can you fill the striker’s role?

We have a number of good options. It depends also on our opponent and which system we choose to play in a particular game. Obviously, Mario was a player with big-club experience, who played and scored in Champions League finals, so he’s not easy to replace. But we are not looking for a “new Mario Mandzukic”. We also have quality at wing positions, and obviously, we have world-class midfielders, so I think we have the potential to be strong going forward.

How do you revive the team spirit of the 2018 World Cup?

That’s the key for us – our strength is our unity, our togetherness, our team spirit. If we can replicate that, we are a dangerous team for every opponent. There aren’t many teams in the world who can beat Denmark in Copenhagen and France in Paris in four days – we managed to do that in the Nations League in June and that proves our quality when we play up to our potential.

Croatians have a strong patriotic spirit, our players are truly honoured to play for the national team and they enjoy being with each other. We also have true leaders in the team, starting with Luka, and they set the tone for the team – working hard in training while having fun when spending time together off the pitch. I also have experienced former national team players on my staff such as Ivica Olic, Verdan Corluka, and Mario Mandzukic, and they have an important role in establishing our culture.

What is your assessment of Group F with Belgium, Morocco and Canada?

I think it’s a competitive and interesting group. Belgium is a favourite, a world-class team, with a coach, Roberto Martinez, and players that I highly respect. Morocco is traditionally one of the best African teams, they’re a talented footballing nation. Finally, Canada has a number of talented players, and they showed high quality during the qualifiers. They deservedly qualified ahead of the USA and Mexico, which is impressive. We believe that we have a good chance of going through the group stage, but every game is going to be difficult and we’ll have to be at our best level in order to progress further.

What would constitute a good result for Croatia in Qatar?

The key goal is always to qualify for the World Cup – that’s not easy to do in Europe. Look at excellent teams who are not there, starting with European champions Italy, for the second time in a row. So we need to appreciate this result, not take it for granted – it’s so great for such a small country to qualify regularly for major tournaments.

Once we qualify, we are always dangerous to anybody, as we have shown in 1998 and 2018. But at other tournaments as well, where we beat teams such as Italy or Spain. Now that we are qualified, we would like to go through the group stage, and that would surely be a success for us. For more than that, you always need a little bit of luck, it depends on the draw as well – and that’s true not only for us but for anybody. It’s one game, and you’ve got ten to 12 teams who can beat each other on any given night.

Who are the favourites to win the World Cup?

They are always the same, with very little difference between them. I am very surprised that Italy are not there, they played great football during the Euros. France are defending champions, with a brilliant choice of players, and a proven coach. I am sure that Brazil would like to be back on top of the world with the talent they always have and Argentina dreams of a trophy for Messi’s farewell. England are fantastic, Spain, Germany and Belgium are world-class. Portugal and Netherlands have strong teams as well. And then you have a number of teams that are very, very dangerous to anybody, such as Denmark, Switzerland or Senegal.

Croatia is right there in the mix, ready to compete and show the world our passion and our quality. It’s going to be a fun, exciting and competitive World Cup, and we’re happy to be a part of it – with the quality and potential to live our dreams once again.