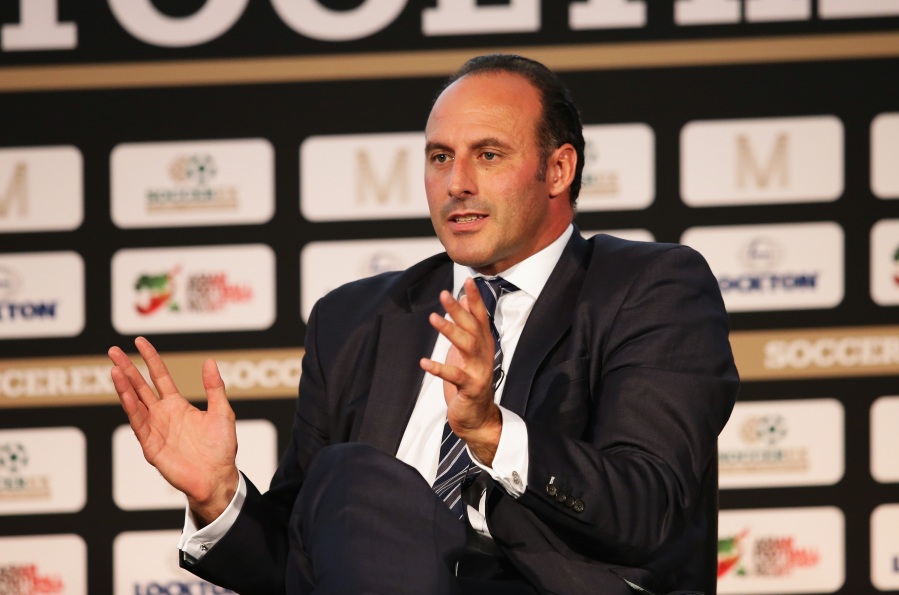 Former Switzerland international Ramon Vega speaks to World Soccer about the World Cup, FIFA and his ambition to become its president.

What are your thoughts on Switzerland’s campaign in Qatar?

Given the team’s performances at Euro 2020 and the fact that we qualified for the World Cup ahead of the current European Champions in Italy, I was confident they could go as far as the semi-finals.

Brazil had to work extremely hard to beat us and they needed a wonder goal to do so. The performances in the wins over Cameroon and Serbia were good. We only finished behind Brazil on goal difference. Going into the last 16 against Portugal I was confident of beating them and progressing to the latter stages.

What went wrong against Portugal?

It was embarrassing, humiliating. This was at the knockout stages of a World Cup. For some players this would’ve been their last match, so you would’ve expected them to give it their all. Yet I didn’t see any fight. There was no aggression. It looked as if they were already on the plane home! I’ve never seen Switzerland play like this before.

We’ve got players who are playing at a high level with big clubs. They shouldn’t be intimated or overawed by Portugal. Yet to be on the receiving end of such a hammering is shocking. Losing by such a scoreline on what’s the biggest stage of all will leave mental scars.

Can Murat Yakin survive as manager?

Getting a new person in will be a knee-jerk move. I know Murat well. I played with him at Grasshoppers and for the national team. No doubt he’ll be hurting and questioning his tactics.

I think he’ll be given a second chance. He’s got enough goodwill because of the team qualifying in first position for Qatar. He’ll be given the opportunity to get Switzerland to the Euros [2024 in Germany] but if the early results in the qualifiers are poor, then he’ll be under pressure.

This was Xherdan Shaqiri’s fourth World Cup and possibly his last. He has 112 caps and is Switzerland’s second-highest goalscorer at the World Cup. How would you sum up his contribution to the national team?

At club level he’s been on the bench or been second choice but that’s not been the case for his country. He’s done very well and contributed to the Swiss team’s success.

It’ll be sad if the Portugal game was to be his last. Would he want to go out on the back of such a result? If he does retire it’ll be a loss. He’s only 31 so may still be available for the Euros in two years. His experience in big tournaments will be vital for some of the young players coming through.

Which players have impressed you the most?

Kylian Mbappe. I’m looking at him from a defender’s point of view. I’ve played against the likes of Brazil’s Ronaldo and [Gabriel] Batistuta but I’m glad I’m not up against Mbappe! There doesn’t seem to be any weaknesses in his game. He’s got the full package.

Apart from him, [Cody] Gakpo has caught the eye for the Netherlands and [Goncalo] Ramos is a potential future superstar. But Mbappe has been the standout.

Which team has had a disappointing tournament?

Germany. German football overall is suffering. Bayern Munich are so dominant and they win the league every year. What competition do they have? Bayern players make up a large part of the squad and I think the lack of competition in the Bundesliga is having an impact on the national team. They look like a shadow of the German teams I came up against.

Your ambition to become FIFA president has been well documented. Has your previous experience deterred you from putting yourself forward again?

FIFA is a closed shop. I’m an outsider and I’m up against a cartel. I’ve spent my own money travelling around the world speaking to associations and they want change. They are not happy with the current system but they’re too scared to speak out. They’re scared that the money they’ve been promised will be withheld.

However my ambition remains the same in that I’ll return to my hometown of Zurich in four years’ time as FIFA president and nearer the time I’ll speak to you again.

FIFA were heavily criticised for awarding Qatar the World Cup. What have you made of their hosting?

I’ve been coming to the Middle East for a long time and the hospitality in this part of the world isn’t in question, nor is their finance in backing up their ambitions. Saudi Arabia are now wanting to host the World Cup and it goes without saying that when you travel to another country you respect its culture.

FIFA will now be more open minded in hosting future tournaments in smaller countries, making it logistically easier for the players and fans as they don’t have to endure longer journeys between cities, which was the case in Russia.

But let’s look at the issue of migrant workers. Qatar had to build everything virtually from scratch and FIFA should’ve realised a small army was needed to build the stadiums, hotels and fan zones.

There’s nothing wrong with having people from developing nations come to Qatar and build the stadiums and wider infrastructure. It gives them the opportunity to earn money and send it back to their families, but they must be looked after. Their welfare has to be made a priority and the primary responsibility for that lies with FIFA and not the Qataris. They don’t have the experience of organising an event of such a size, but FIFA does.

What due diligence if any was done by FIFA on such an issue when Qatar was awarded the tournament? It’s not enough to award the World Cup to a particular country and not consider the wider implications of your decision.